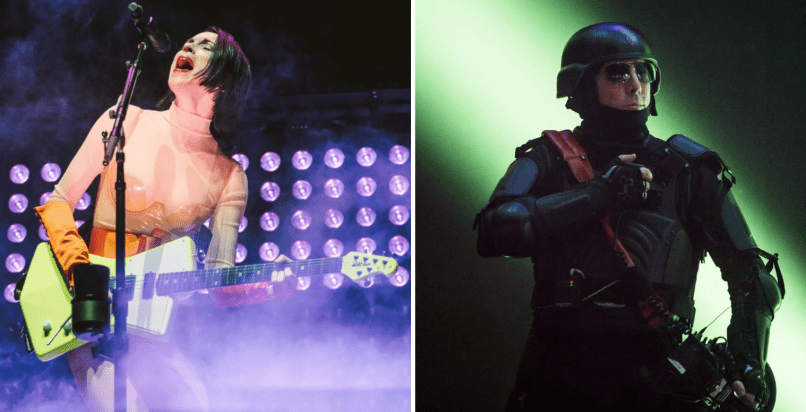 Look, folks, St. Vincent knows her ’90s Alternative. For Christ’s sake, she fronted Nirvana a few years back, and one could argue her entire oeuvre is in some way indebted to the stuff. So, when she goes and covers Tool and mistakenly refers to “Forty Six & 2” as “My Shadow”, which, you know, is the entire goddamn chorus, she totally gets a pass by us. Besides, who the hell cares when it sounds so damn soothing.

On Friday, the singer-songwriter took over BBC Radio 6’s Instagram, where their followers asked her what riffs she wishes she could have written. Naturally, she tagged Pantera’s “Cowboys From Hell”, and even played the tough riff without a pick, shortly before diving straight into Tool’s iconic Ænima single. It’s a short bit, but here’s hoping she fleshes the song out for future setlists. Watch and listen below.

Which riffs do you wish you had written?

???? @st_vincent had some brilliant suggestions when she took over our Instagram today. #HearHer pic.twitter.com/eKa04UiKXA

St. Vincent is currently supporting last year’s MASSEDUCTION. Recently, she dropped an alternate version of “Slow Disco” that’s aptly titled “Fast Slow Disco”, which has yet to stop playing in this writer’s apartment, much to the chagrin of his neighbors.