“For 146 shows, I have played pretty much the same set every night. Tonight demands something different.” 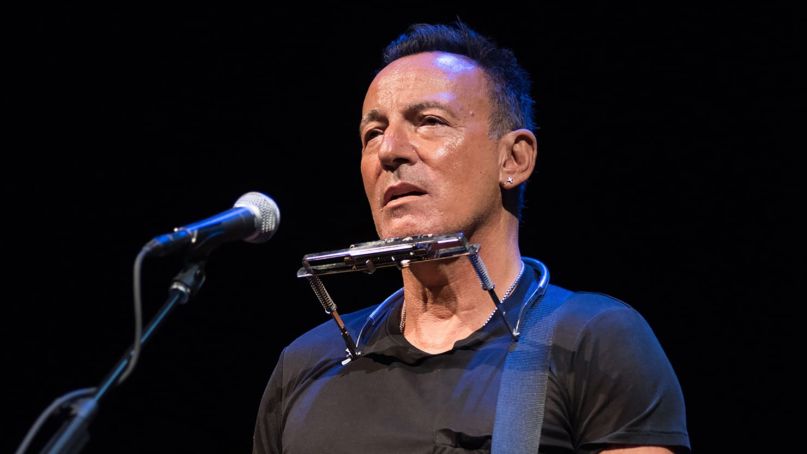 For the last year, Bruce Springsteen has been holed up at the Walter Kerr Theatre in New York City staging his Tony Award-winning Broadway concert residency. Last night, for the first time in 146 shows, Springsteen deviated from the show’s setlist to protest the Trump Administration’s policy of separating families at the border and locking children in cages.

“For 146 shows, I have played pretty much the same set every night,” Springsteen said. “Tonight demands something different.” He then proceeded to play “The Ghost of Tom Joad”, which includes the lyrics: “Wherever somebody’s fighting for a place to stand/Or a decent job or a helping hand/Wherever somebody’s struggling to be free/Look in their eyes, Ma, and you’ll see me.”

“I never believed that people come to my shows, or rock shows to be told anything.

“That weekend of the March for our Lives, we saw those young people in Washington, and citizens all around the world, remind us of what faith in America and real faith in American democracy looks and feels like. It was just encouraging to see all those people out on the street and all that righteous passion in the service of something good. And to see that passion was alive and well and still there at the center of the beating heart of our country.

“It was a good day, and a necessary day because we are seeing things right now on our American borders that are so shockingly and disgracefully inhumane and un-American that it is simply enraging. And we have heard people in high position in the American government blaspheme in the name of God and country that it is a moral thing to assault the children amongst us. May God save our souls.

“There’s the beautiful quote by Dr. King that says the arc of the moral universe is long but it bends toward justice. Now, there have been many, many days of recent when you could certainly have an argument over that. But I’ve lived long enough to see that in action and to put some faith in it. But I’ve also lived long enough to know that arc doesn’t bend on its own. It needs all of us leaning on it, nudging it in the right direction day after day. You gotta keep, keep leaning.

“I think it’s important to believe in those words, and to carry yourself, and to act accordingly. It’s the only way that we keep faith and keep our sanity.

“I’ve played this show 146 nights with basically the same setlist, but tonight calls for something different…”

As recording devices are prohibited at Springsteen’s residency, here’s an excellent in-studio version from back in the day: