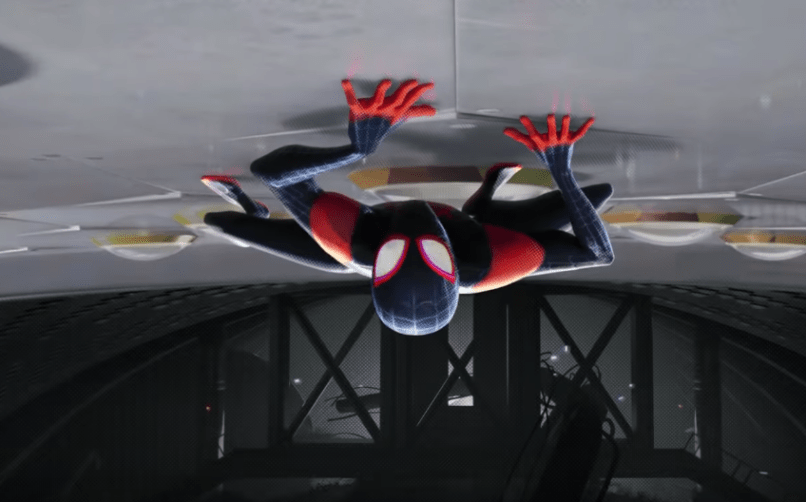 Spider-Man: Into the Spider-Verse

We’ve had three live-action Spider-Men (Spider-Mans?) swing onto the big screen over the last 15 years, and Sony’s looking to match that number with animated web-slingers in just one go. The new trailer for Spider-Man: Into the Spider-Verse has swung online, and it introduces fans to more than just Peter Parker and Miles Morales.

The highly stylized film (which super-nerds might say blends the animated style from video games like Ultimate Spider-Man and Spider-Man: Shattered Dimensions) focuses on Morales (Shameik Moore), a young half-black, half-Hispanic kid who stumbles into Spider-Man-like abilities. In the Ultimate Spider-Man comics from which the character stems, Peter Parker is dead and Morales picks up his mantle. In Into the Spider-Verse, however, the original web-head is very much alive (and voiced by Jake Johnson), and in fact becomes Morales’ superhero teacher. What’s more, there appear to be other wall-crawlers out there, as the end of the trailer teases (spoiler alert) an appearance by very recent fan favorite character Spider-Gwen, an alternate reality version of Gwen Stacy (voiced here by Hailee Steinfeld).

Also lending their vocal talents to Into the Spider-Verse are Liev Schreiber as Kingpin, Mahershala Ali as Miles’ uncle Aaron/the supervillain the Prowler, Brian Tyree Henry as Miles’ cop father Jefferson, Luna Lauren Velez as Miles’ mother Rio, and Lily Tomlin as Aunt May. As the trailer shows, the hulking gargoyle-esque version of Green Goblin/Norman Osborn also appears, but that voice actor has yet to be revealed.

Spider-Man: Into the Spider-Verse webs up theaters on December 14th. Watch the trailer below.