Sheryl Crow teams with St. Vincent on new song “Wouldn’t Want to Be Like You”: Stream 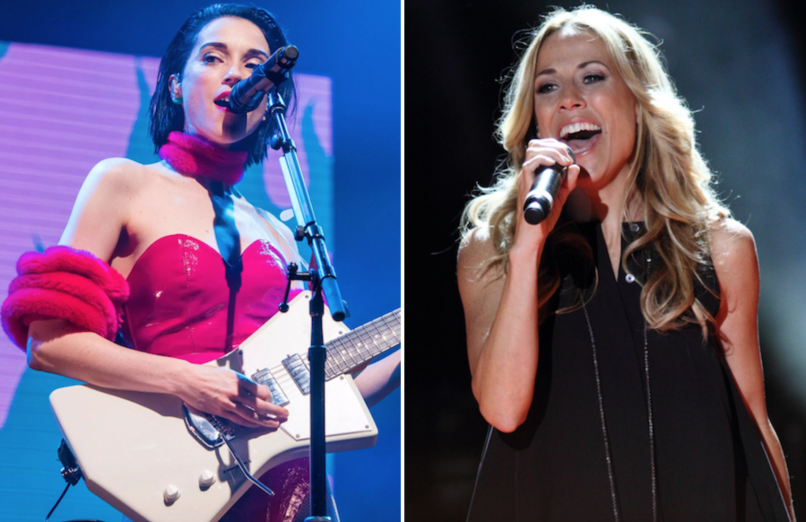 Sheryl Crow has shared a new collaboration with Annie Clark, aka St. Vincent, called “Wouldn’t Want to Be Like You”. As Crow told Billboard, “I called her and said, ‘I am dying to have you bring your St. Vincent-ness to this.’ And I said, ‘You will not hurt my feelings if you don’t like the song.'” Spoiler alert: She liked the song.

“Her response was, ‘Fuck yeah,'” Crow continued. “That was a direct quote, as only Annie Clark can respond, which I loved.”

There’s plenty of “St. Vincent-ness” in the track. A comfortably pop-rock tune with a defiantly political bent, there’s a healthy streak of Clark’s off-balance, sometimes blistering musicality. Keep an ear out for some shimmering harmonies that are pure St. Vincent, as well. Check out the track, which Crow described as being “about the climate of truth not being important anymore,” below.

Clark had more to say about the collaboration on Twitter (though it can still be summarized as “Fuck yeah”):

I was so honored when @SherylCrow hit me up to play with her. What a wonderful singer, player, songwriter and a rad woman to boot!!! Here is “Wouldn’t Want To Be Like You.” @Spotify – https://t.co/ii04jLwSQ6 @AppleMusic – https://t.co/IGxoOfJ6re