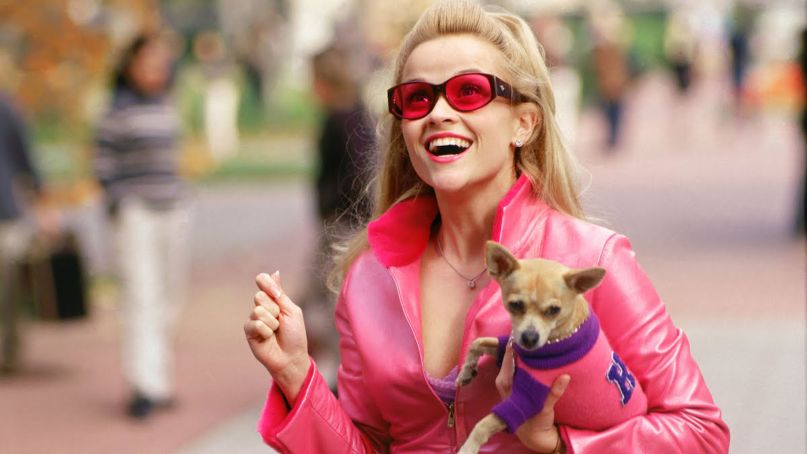 Legally Blonde 2: Red, White & Blonde came out 15 years ago — July 2nd, 2003, to be exact. In the years since, Reese Witherspoon has been extremely busy, to say the least. It seems we may get the chance to see if the same is true of Elle Woods, the character that earned Witherspoon the second of her five Golden Globe nominations, because everyone’s favorite Gemini vegetarian may be coming back to the big screen.

Per The Hollywood Reporter, Witherspoon and MGM are in talks for a third Legally Blonde film. Beyond reprising her iconic role as Woods, Witherspoon would produce the sequel through Hello Sunshine, her media brand. The Oscar-winner wouldn’t be the only person returning, however. Reportedly, writers Kirsten Smith and Karen McCullah, who wrote the first movie, and producer Marc Platt are in discussions to work on the film as well.

The first Legally Blonde was a surprise hit, probably because it’s a damn delight. The film centers on Elle Woods, a vivacious blonde addicted to the color pink whose intelligence and drive are constantly underestimated after she enters Harvard Law. It’s unclear which members of the supporting cast, if any, would also return, though there’s one important cast member who has since passed away: Moonie the chihuahua, who played Bruiser, Elle’s faithful dog — also a Gemini vegetarian.

If Legally Blonde 3 moves forward, it would be the latest addition to Witherspoon’s very crowded slate. She’s currently filming the second season of HBO’s acclaimed series Big Little Lies, with two other television projects in the works: an untitled drama for Apple with Jennifer Aniston, and an adaptation of Celeste Ng’s Little Fires Everywhere for Hulu, in which she’ll star alongside Kerry Washington.