Pusha-T to Drake: “You are silent on all black issues”

"You don't stand for nothing," he added, "you don't say nothing about nothing" 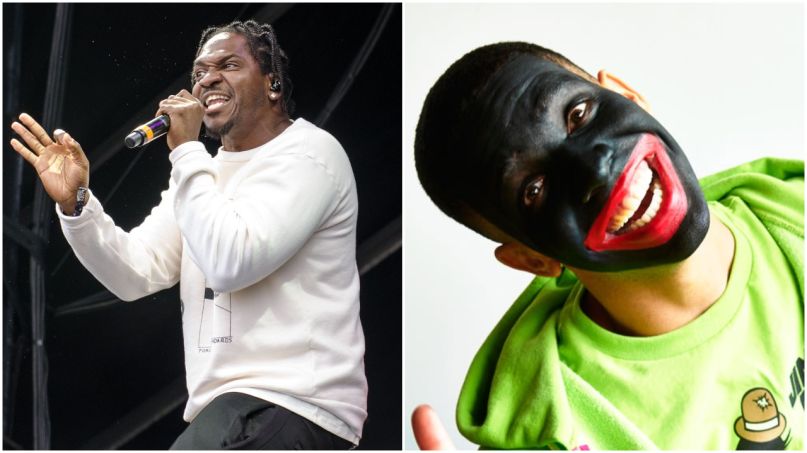 Pusha-T and Drake, photos by Ben Kaye and David Leyes

And the Pusha-T/Drake feud rolls on. It began with a subtle diss on Pusha-T’s Daytona standout “Infrared”, picked up speed with Drake’s retaliatory “Duppy Freestyle”, and caught fire with Pusha-T’s response, the scorching “The Story of Adidon”. Coupled with the diss track was a photo of photograph of Drake in black face. “These are his truths,” Pusha said. Drake responded on Wednesday, explaining that the photo was part of “a project that was about young black actors struggling to get roles, being stereotyped and type cast.” That answer, however, was not enough for Pusha to let the beef cool.

As Pitchfork points out, Pusha discussed Drake’s comments with Los Angeles’ Real 92.3 on Thursday. After saying the explanation “doesn’t change my view at all,” Pusha then directed his words directly to Drake. “You are silent on all black issues, Drake, You don’t stand for nothing, you don’t say nothing about nothing.” The rapper added, “You have all the platform in the world. You were so passionate back then? No you weren’t. That’s number one. That’s what I know.”

(Read: In a Rap Beef, There’s No Such Thing as Crossing the Line)

While it’s true that Drake isn’t the most vocal when it comes to our current racial issues, he hasn’t been entirely silent. That said, there’s a reason someone like Geraldo Rivera favors him over the likes of Kendrick Lamar.

Pusha, meanwhile, continues to ride high on the triumph that is Daytona. Drake will release a new project of his own, Scorpion, this month, after which he’ll hit the road with Migos.