Paul McCartney is a fan of Kendrick and Dirty Projectors, reminisces about his time fronting Nirvana 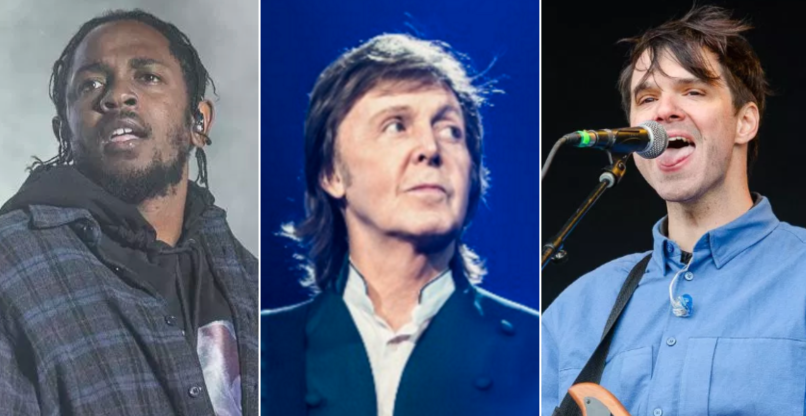 On the heels of announcing his seventeenth solo album, Egypt Station, Sir Paul McCartney is the subject of a new profile on DIY. The Interview, conducted by Lisa Wright, is a great read, due in large part to a number of hilarious and adorable andecdotes shared by McCartney over the course of their conversation.

Another one of McCartney’s Kanye collaborations, “FourFiveSeconds”, features contributions from another one of McCartney’s favorites — Dirty Projectors. “The other day I was reading an article about this guy from Dirty Projectors who’s a band I like, and it says that his latest claim to fame was that he wrote the middle eight for ‘FourFiveSeconds’. Oh, so that’s how that happened! All these little mysteries, that’s how [Kanye] pulls them together. It’s fascinating.”

Elsewhere in the interview, McCartney said he subscribes to the idea that everything happens for a reason. “Things fall into place, so I just kind of let things happen. I know it’s a dumb thing to say, but it’s true,” McCartney explained while reminiscing about a time in which The Beatles veered off the road during a snow storm. “We were looking up thinking, how the hell are we gonna get back up there? What do we do now?! And one of us just said, ‘Well something will happen.’ That became the mantra, and I kind of still believe that.”

This segued into a story about McCartney’s time fronting Nirvana’s reunion. Amazingly enough, McCartney said he initially didn’t realize who he was playing with:

“[Dave Grohl] said he was just having a jam with a couple of mates, so I roll up there with the theory that something will happen and I’m playing this crazy little cigar-box guitar that I’m enjoying and these other guys join in, Dave gets on the drums. We jam around and then Dave says something like ‘We haven’t done this forever, man!’ I’m like, what do you mean? He’s like, ‘The band!’ I’m being a total thick-head. And it turns out the other guys are the rest of Nirvana. Then we end up getting a Grammy for this thing we did, just by following the trail, letting things happen.”

In the interview, McCartney also spoke extensively about his collaborations with Kanye West. He also revealed his favorite Kanye albums: “I was a big fan of My Beautiful Dark Twisted Fantasy. That was the record of his that I really envied. I thought, oh he’s done some good stuff. Watch the Throne with Jay-Z [too]. I like that. It’s not like I’m a big hip-hop fan, but I went to see Kanye and Jay-Z and really came away thinking it was like urban poetry. I was very impressed. So when the word came that he wanted to work with me, I was flattered.”