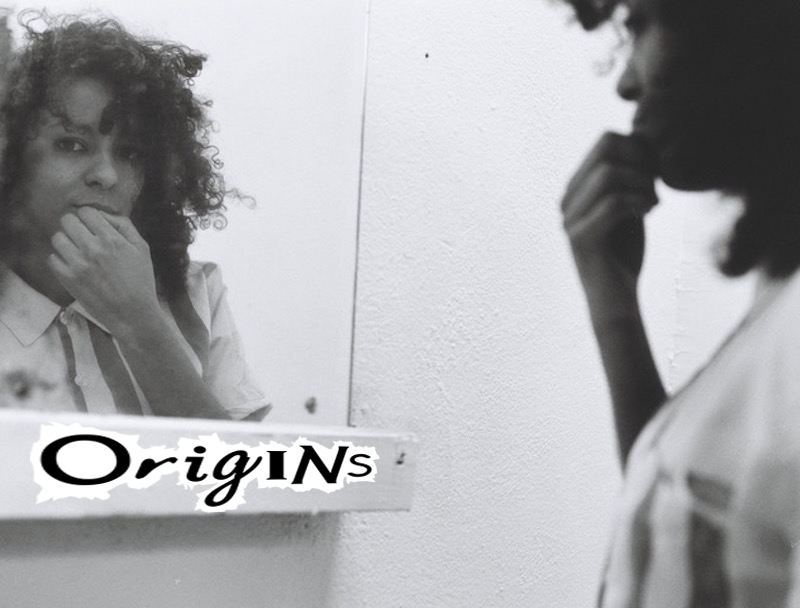 Origins is a recurring new music feature in which an artist or band examines some of the influences that birthed their latest song.

Nana Adjoa was born in Amsterdam to a Ghanian father and a Dutch (“very Dutch”) mother, and spent her childhood as a soccer-playing, scraped-knees kind of kid. At 10 or 11, she asked her mother for a bass guitar, determined to start her own band. That’s when her mother told her that she could teach her, that she’d played bass in a Ghanian Highlife band herself — Adjoa jokes that her music career was “meant to be.”

What followed was a crash course in discovering what she wanted by trial and error. First it was a bunch of kids “just mak[ing] some noise,” then a more serious outfit and an elite conservatory experience (not a good fit). She spent years as the “girl with the bass in the back,” before a desire to share her own songs drove her to build her own band and step out of the background. That included making the choice to enter herself into the biggest and longest-running pop competition in the Netherlands, which led to a manager, a single (“The Resolution”), and the first half of an EP, Down at the Root (Part 1), released in November of 2017.

Now, part two of the effort looms. In advance of the release of the second half of Down at the Root, Adjoa has shared “Three”, a dreamy, genre-folding single that’s a lovely showcase for Adjoa’s lovelier voice. It’s Joan Armatrading by way of Mazzy Star, intimate and glossy, simple and surreal. Those last two words apply to the video for “Three” as well. Speaking about the clip, director Mirjam Debets said, “There’s something very satisfying and free about creating animation for music, because as long as you get the mood right, there’s no need for it to be overly explaining or narrative. Just like listening to a song, you somehow feel what it is about, although you might not quite understand what you are seeing. I love to work in that space between abstract and familiar.

Offering more insight into the Origins of her new single, Adjoa points to Beach House, a white 2009 MacBook, and in vitro fertilization as major influences on her creative process.

The lyrics are based on my bond with my little brother and sister. We were created different since I was ‘made’ by the IVF process and they were naturally conceived. The idea of different ways of creating something or someone that can result in something that is similar to one another, got me writing these lyrics. The deep bond between people, like siblings, blood-related or not, made in a test tube or the old fashioned way, male or female, it doesn’t affect some shared desires.

The number three is the other key point lyrically. Me, my sister and brother, us, being three [people]. The number three is an interesting number. Many spiritual and biblical ideas are formed around the number three, or come in steps of three. It’s the number that ends duality. Three dots connected makes a triangle. Three is the basis for our actual comprehension of seeing colors. Three notes are needed to make a chord. It’s just basically a super interesting and inspiring number full of metaphors. Too much for just one song. Maybe someday I’ll write a second three song.

It’s been a while since this song was recorded, so I don’t remember much about what I was thinking while getting the first music tracks down in my computer. I do know I was listening to Beach House a lot. They had just come up on my radar. In the chorus and the bridge there is a guitar part playing this sixth notes pattern. A typical Beach House thing. It’s really difficult to hear though.

Beat programming using vintage drum machines or the beats within the electric organs is something Beach House also does. Filling up the rest of the rhythm with live-played percussion is something we did a lot while making these records. Also one of my heroes, J.J. Cale, did early on. You get this straight, tight feel, combined with the human timing on top.

The first verse and (Spanish) guitar parts are the ones taken from my crappy demos. I recorded them in my student room with my very old white MacBook (which I still have! It only works sometimes though, with only a couple of programs.) [A]nd you can hear the fan of my computer blowing, it’s this very high-pitched noise. I thought I was just sketching, but my friends and co-producers Eelco and Arrien liked the crappiness of this recorded guitar, and said we couldn’t in a million years recreate that vibe, so we kept it. For the second verse, we also recorded the beat of the chorus with a simple mic played through a set of simple headphones to add on to the crappiness. It inspired me for recordings in general — nothing you record needs to be neat, it just needs to serve its purpose.

More About “Three”:
This song is basically about the depth of love for a brother or sister (in blood or spirit), and about the depth of the number three. I have a little sister and brother. It’s about being from the same source, but [being] three complete different entities. As I said I’m IVF, which made me interested in the actual concept of conceiving and creating. Two sources, female XX and male XY, needed in the process. Three is a interesting number because it’s the number that ends duality. It’s also a very strong biblical number. This track has a lot of my greatest interests in life combined in one track, so lyrically it’s very personal, though it’s also an analytical song. Also, musically, I think my love for the more black, R&B, urban kind of vibes and indie-sounding stuff is in a nice balance.

When I wrote “Three”, I had this kind of classical/jazzy chord progression of the verse for some time on guitar (the chords are still kind of a mystery to me, and I like to keep it that way), and then wrote the chorus and bridge on the piano. First draft of lyrics came pretty easy, but finishing it took some time. I re-recorded the song with two friends/producers in their modest studio. With this track (which also has that terrible noise of my white MacBook in it a lot) I really think the mixing was a very, very important part of the feel of the song. A mix can really break or make a song sometimes. I don’t know what my mixer did but after the mix everything sounded like it was in the exact right place.

Previous Story
Guns N’ Roses perform “Shadow of Your Love” for the first time in over 30 years in Denmark: Watch
Next Story
How To Train Your Dragon: The Hidden World gets its first trailer: Watch
Popular
More Stories
[fu-upload-form form_layout="media" title="Submit Your Photo"][input type="hidden" name="ugc" value="1"][/fu-upload-form]