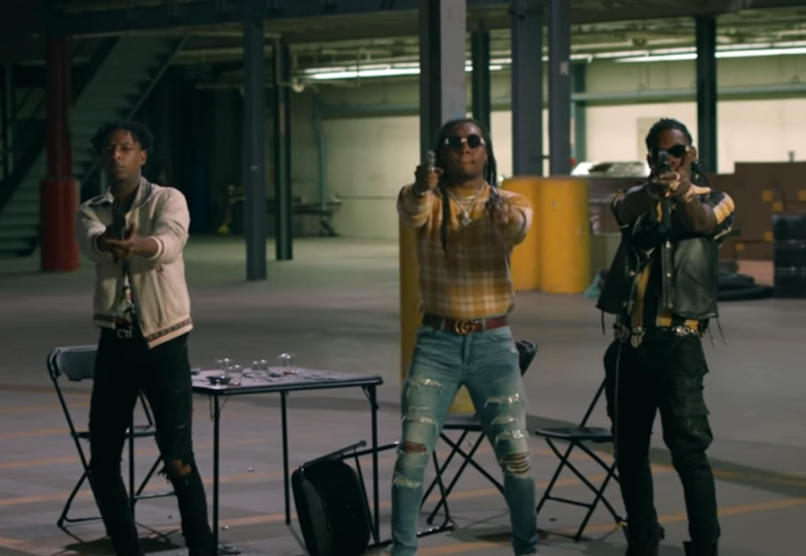 Migos and 21 Savage in "Narcos" video

Hot on the heels of their Best Group win at the BET Awards this past weekend, Migos are back with a new music video for “Narcos”. The clip was directed by the trio’s own Quavo (his directorial debut), alongside Joseph Desrosiers, and finds the Atlanta rap outfit following in the footsteps of drug kingpin Pablo Escobar. There’s contraband, wealth, and girls galore, all leading up to a dangerous shootout toward the end of the visual. 21 Savage and DJ Durel, the song’s producer, make cameos.

“Narcos” is taken from Migos’ sprawling Culture II album, which dropped earlier this year. At the end of July, Quavo, Offset, and Takeoff will hit the road with Drake on one of the season’s most anticipated tours; find the full itinerary here.