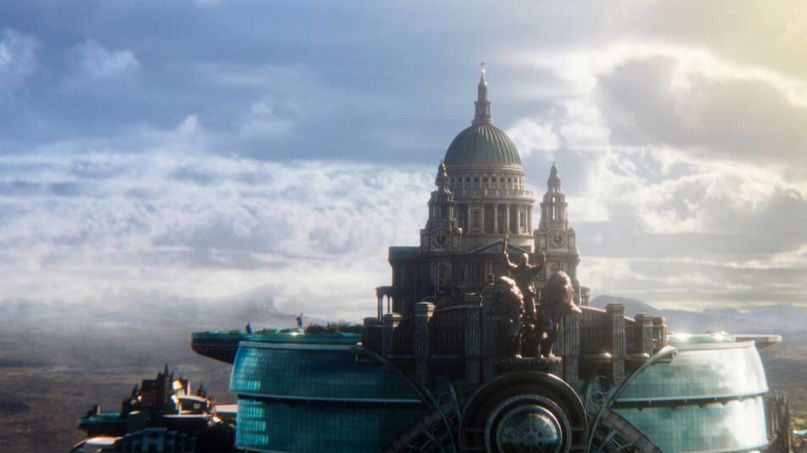 Peter Jackson’s name has been so prominent around the early stages of hype for Mortal Engines that you’d be forgiven for assuming that the Lord of the Rings director were helming yet another mega-budget, ambitious franchise. After all, this adaptation of the first of Phillip Reeve’s four successful novels seems like exactly the kind of effects-heavy outing on which Jackson has made his name over the years. But instead it’ll be Christian Rivers, a former storyboard artist and VFX supervisor on several of Jackson’s previous features, who’ll make his full-length directorial debut with a nice, gently subdued story about cities eating other cities.

Reeve’s novels imagine a dystopic future where, on an Earth strip-mined of the vast majority of its remaining resources, entire cities are now mounted on wheels and built to “devour” other, smaller roaming cities, in order to consume their resources (human and mechanical alike). It’s a strange, heady concept for a series of films, but the first full-length trailer suggests that the ever-innovative WETA has managed to make the machinations of a giant mobile city into something visually coherent and thrilling alike. And hey, Rivers might be unproven so far, but so was Neill Blomkamp when Jackson tabbed him to adapt his own short film into District 9.