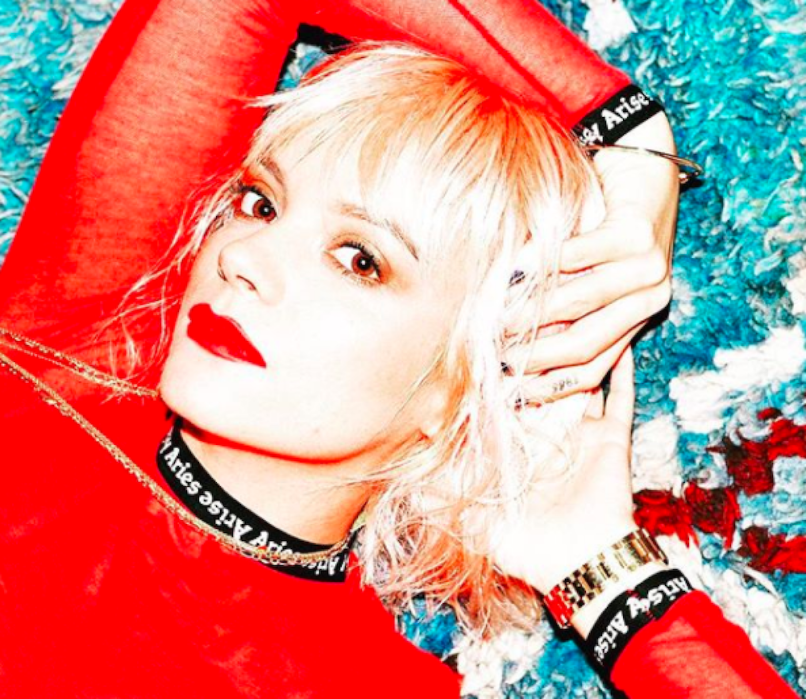 Lily Allen has returned with her new album, No Shame. It’s available for streaming below via Apple Music or Spotify.

The new record marks the English artist’s fourth overall and first since 2014’s Sheezus. Throughout the 14-track effort, Allen was assisted by various songwriters and producers, including Vampire Weekend’s Ezra Koenig, Mark Ronson, Fryars, and grime musician Giggs. Along with early singles “Trigger Bang”, “Higher”, “Lost My Mind”, and “Three”, there is a cover of “What You Waiting For?”, originally by Ghostbusters theme song writer Ray Parker Jr.

In an interview with Rolling Stone, Allen discussed the opening track “Come On Then” and how the album was made amidst the dissolution of her marriage:

“Yeah. I think so. It’s like chaos, you know? That’s where I was when it started. When I set out to write this record the biggest theme from the last four years of my life has definitely been the breakdown of my marriage and that happened possibly because of the chaos that was around at that time. There are lots of different factors that contributed to that chaos, the press being one thing, but [this song is] a little bit playing with “Is it really the press’ intrusion and their take on the narrative of my life, or is it real?” Not really being able to differentiate. It is a weird one because actually before me and Sam’s marriage broke down people were already talking about our marriage breaking down long before there were any problems. And it almost became self perpetuating.

Allen also revealed where the title No Shame originated: “Well, there’s the obvious thing, which is that I’m talking about some things that people might assume that one would be ashamed of. … As a woman and as a mother, as a young mother, I felt guilty about being successful. And I think it’s as much about that as it is about not being ashamed of taking all the drugs and that stuff.”

In his review of the LP, Consequence of Sound’s own Zack Ruskin writes: “With No Shame, Allen has eschewed making an Irish exit from her days as a party girl and instead delivered a eulogy that gracefully buries the past while continuing to seek the sunshine of the future.”

In support of the new LP, she will tour North America this fall — her first such headlining trek in four years. Grab tickets here.