The jazz saxophonist does battle with arcade game legend Combofiend 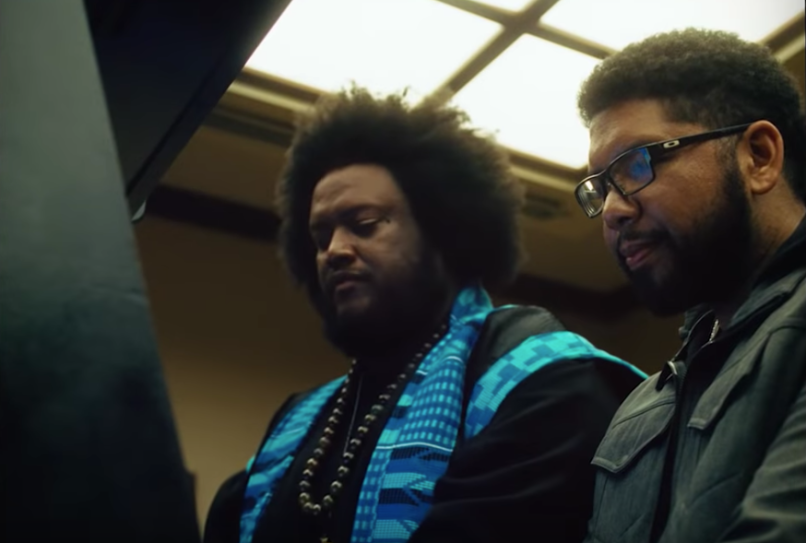 Kamasi Washington said he envisioned his new single, “Street Fighter Mas”, as the music that would play when he entered an arcade. In the song’s new video, the jazz saxophonist gets to live that fantasy.

Directed by A.G. Rojas, the clip finds Washington preparing to do battle on, what else, Street Fighter. Washington rides to the venue with video game playing legend Gootecks and one of his personal Los Angeles heroes, Dr. Dre and Snoop Dogg producer Kevin Gilliam, aka BattleCat. After enjoying his “last meal,” Washington is taken into a room where he must play against another real-life Street Fighter champion, Combofiend. Washington’s character of choice? Blanka. Watch the digital duel unfold below.

“Street Fighter Mas” is the latest single from Washington’s forthcoming double album, Heaven and Earth. Due out June 22nd, the effort is currently being previewed on the jazz musician’s North American summer/fall tour. He also has a few dates lined up in October with Florence and The Machine, on whose upcoming High as Hope he appears.