"It's fucked up not even to be paid half the same amount. But to be paid a tenth of that amount of money? It was insane." 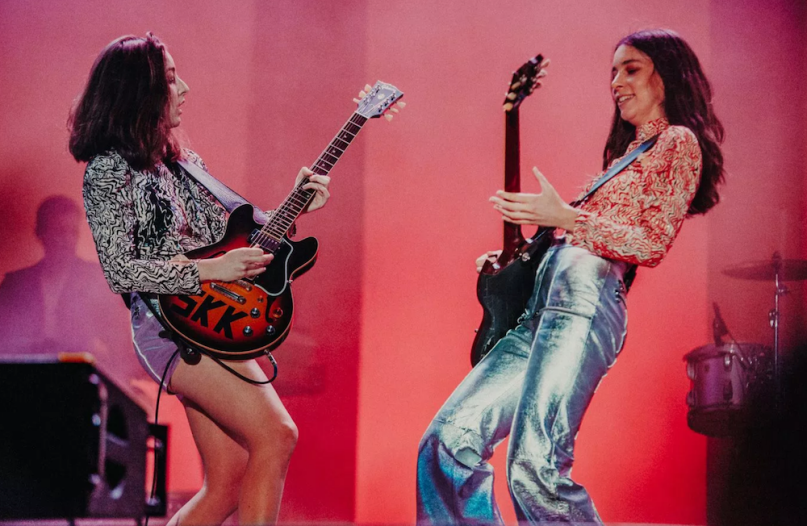 Just as it is in Hollywood, gender inequality in the music industry is like a plague that ravages every corner of the business. In recent months, new reports have only confirmed these unjust realities: At Sony and Warner labels in the UK, women were paid an average of 33.8% less than men; on the Billboard charts, only about 22% of the hits were by female artists; and in 2017, a whopping 20% of all festival headliners were female.

Various initiatives have recently been put into motion to bridge the gap as well as expose those responsible for it. HAIM played a part in their own way by taking a pointed stand against gender pay disparity. The sisterly trio fired their booking agent after learning they’d been paid only a fraction of what a male counterpart for the same festival appearance.

“We had been told that our fee was very low because you played at the festival in the hope you’d get played on the radio,” Danielle Haim told Grazia magazine (via NME). “We didn’t think twice about it, but we later found out that someone was getting paid 10 times more than us. And because of that we fired our agent.”

(Read: The Dangers of Gender-Segregation in Art)

“That’s why I love my sisters so much. I trust them with my fucking life. We’re all in this together…” Alana Haim chimed in. “But it’s scary out there and it’s fucked up. It’s fucked up not even to be paid half the same amount. But to be paid a tenth of that amount of money? It was insane.”

The Los Angeles-based indie pop outfit never disclosed the name of the festival, but sadly, it’s likely this type of pay disparity is happening on all tiers of the festival circuit.

HAIM are currently on their “Sister Sister Tour” supporting their latest album, 2017’s Something to Tell You. They were one of the highlights at Barcelona’s Primavera Sound festival last week.