Dave Grohl on replacing Neil Peart and being addicted to coffee

“I’m not physically or musically capable, but thanks for the offer" 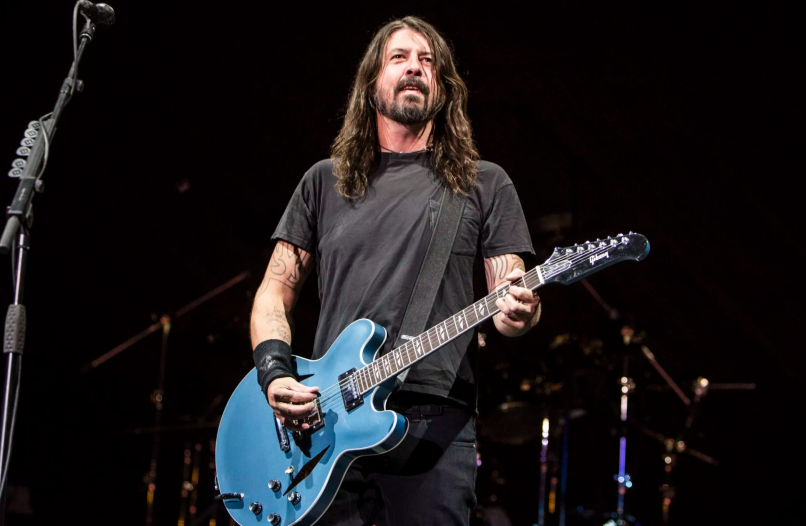 Foo Fighters are currently enjoying some down time before they head back on the road in support of Concrete and Gold. While taking a breather, frontman Dave Grohl spent some time reflecting on the band’s 23-year existence in a new interview with Rolling Stone, where he discussed a few personal issues and future plans.

The discussion kicked off with interviewer Brian Hiatt asking Grohl about his well-documented and occasionally health-threatening coffee addiction. Revealing he’d already had six cups before the interview began — “A reasonable amount to get my day started” — Grohl said even his caffeine-induced chest pains wouldn’t turn him off the black stuff. “… After I got my diagnosis that I should decaffeinate, I tried decaf for, like, a week, and I came to the conclusion that decaf blows.”

Agreed, but as the rock icon pointed out, it could be far worse. “You realize you’re talking to someone that’s never done cocaine in his life. You can only imagine what would happen if I got my face in a pile of that shit,” he joked. “We wouldn’t be on the phone right now.”

Later on, Grohl was asked if he’d ever consider replacing the now-retired drummer Neil Peart in Rush if the other active members made the offer. “I would say, ‘I’m not physically or musically capable, but thanks for the offer,'” Grohl said of the possibility of filling in for the inimitable Peart. (He jammed with the band on guitar after inducting them into the Rock and Roll Hall of Fame in 2013.) He continued,

“Neil Peart, that’s a whole other animal, another species of drummer. I know the arrangements, but I’m like Meg White to Neil Peart. And she’s one of my favorite drummers! She’s my daughter’s favorite drummer, too. My daughter plays drums to two types of music: White Stripes and AC/DC. I’m like, ‘That’s exactly what you need to be doing.'”

He actually went on to heap more praise on White, saying, “She is one of those drummers that if you hear 15 seconds of her recording, you’ll know who it is and that to me has always been the gold standard. That’s always been the challenge.”

Elsewhere in the interview, he discussed his constant battle with quitting smoking, watching Tom Petty’s final show, and stepping in to fill the void left by retiring classic rock acts. He also teased that his concept for a second season of Sonic Highways might “someday” happen, and that he imagines “someday, I’m sure everybody’ll see” the footage of his all-star Brooklyn reunion with Nirvana’s Krist Novoselic around that band’s 2014 Rock Hall induction. (Novoselic’s new band, Giants in the Trees, is set to open for Foo Fighters at an upcoming Seattle gig, and they’re also on the bill for the Foo’s second annual Cal Jam Festivalin San Bernardino, California on October 6th.)