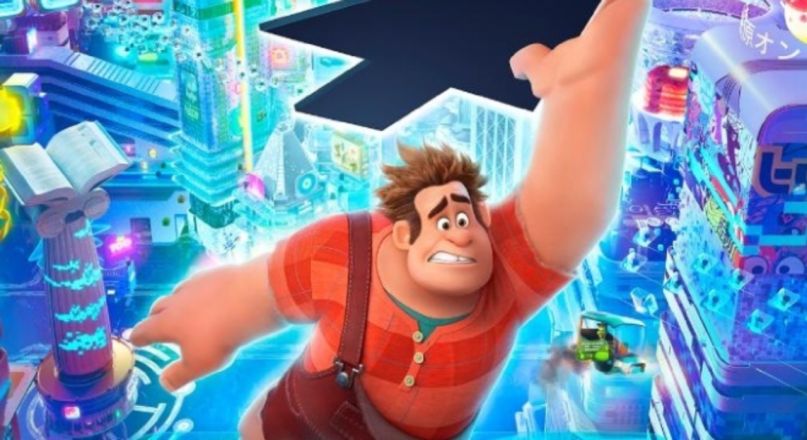 If the first trailer for the cumbersomely titled Ralph Breaks the Internet: Wreck-It Ralph 2 is any indication, Disney’s sequel to the beloved 2012 hit is going full Deadpool. In just a few minutes alone, the studio manages to take potshots at its own franchises, the long-standing unpleasantness of so much princess lore, and even its own cumbersome title. Whether that’ll turn into something that works remains to be seen, but you can’t fault Disney for going big. After all, it’s taking the beloved villain of Fix-It Felix and sending him into the broader internet.

John C. Reilly and Sarah Silverman return as Ralph and Vanellope, who wind up travelling through an arcade’s new Wi-Fi router and into a world full of suspiciously branded properties. In addition to a number of Disney franchise characters (and sure-to-be surprise guests from elsewhere in the pop culture world), Amazon and Google and Twitter all make appearances. Directors Rich Moore and Phil Johnston have their work cut out for them in terms of taking these things and retaining the referential cleverness of the original, without collapsing under the weight of cross-promotion, but the first film was one of Disney’s better modern animated outings. There’s still plenty of reason to be excited.

Ralph will return to break the internet (despite the gag, seriously, is that still a thing?) on November 21st, just in time to entertain all of the kids and meme-loving twentysomethings in your family for Thanksgiving. Watch the trailer — which comes soundtracked by Daft Punk’s “Harder, Better, Faster, Stronger” — below.