Chris Hardwick denies sexual abuse allegations, says he was a victim of infidelity 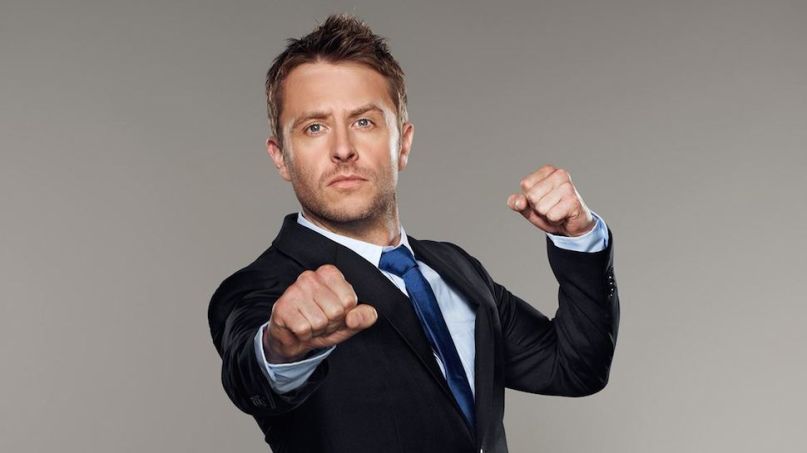 Popular podcaster and TV host Chris Hardwick has been accused of psychological and sexual abuse by his former girlfriend, actress Chloe Dykstra. In a post published to medium on Friday, the 29-year-old Dykstra detailed her three-plus year relationship with Hardwick during which time she was constantly “snapped/yelled at” and sexually assaulted. As a result of his abuse, Dykstra said she suffered from extreme anorexia and was hospitalized due to an ectopic pregnancy. She also said she contemplated suicide.

In a statement released late Friday night, Hardwick denied the allegations. “Our three year relationship was not perfect — we were ultimately not a good match and argued — even shouted at each other — but I loved her, and did my best to uplift and support her as a partner and companion in any way and at no time did I sexually assault her,” Hardwick said.

He went on to accuse Dykstra of infidelity, saying, “When we were living together, I found out that Chloe cheated on me, and I ended the relationship. For several weeks after we broke up, she asked me to get back together with me and even told me she wanted to have kids with me, ‘build a life’ with me and told me that I was ‘the one,’ but I did not want to be with someone who was unfaithful.

“I’m devastated to read that she is now accusing me of conduct that did not occur,” Hardwick said to conclude his statement. “I was blindsided by her post and always wanted the best for her. As a husband, a son, and future father, I do not condone any kind of mistreatment of women.”

Nerdist, the media company that Hardwick founded, also issued a statement. In it, Nerdist noted that Hardwick had ceased involvement in the company following the expiration of his contract in December 2017. Additionally, all mentions of Hardwick have been removed from Nerdist’s website pending investigation.