Is there any other way to tell Weinstein's story? 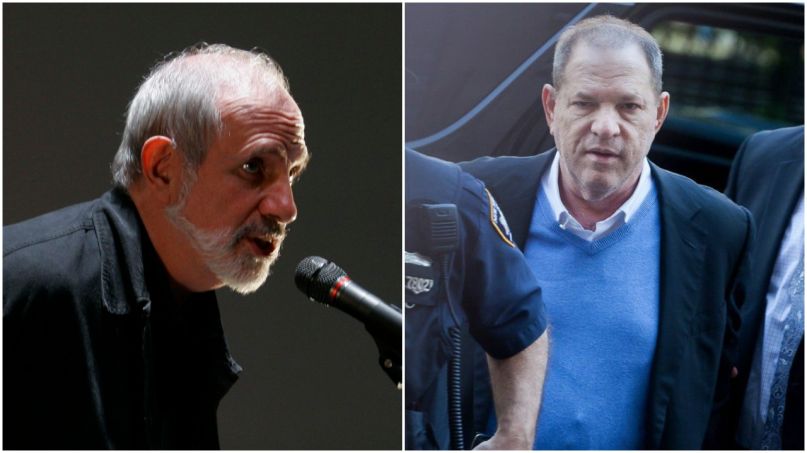 If you watched Noah Baumbach and Jake Paltrow’s wonderful De Palma, the 2015 documentary about filmmaker Brian De Palma, you’d know that the Carrie and Dressed To Kill director doesn’t quite feel at home in Hollywood anymore. Now, in a new interview with French publication Le Parisien (viaThe Playlist), De Palma elaborates on his frustrations while also teasing a new film, which he says would be a horror movie centered around a Harvey Weinstein-like “sexual aggressor.”

“I’m writing a film about this scandal, a project I’m talking about with a French producer,” he said. “My character won’t be named Harvey Weinstein but it will be a horror film, with a sexual aggressor, and it will take place in the film industry.”

(Read: The 50 Greatest Rock and Roll Movies of All Time)

De Palma’s output has slowed down considerably over the last year, but he’s nevertheless remained a Hollywood fixture. One can imagine he has some insight into LA’s sordid history that most filmmakers wouldn’t. Of course, the looming question of whether or not De Palma will get the resources he needs to make the film remains. Like Paul Schrader and other filmmakers of the ’60s and ’70s, De Palma’s found his brand of brainy, challenging genre is hard to get funded in this age of tentpole pictures. In the interview, he laments the influx of superhero cinema, saying that it’s impossible to make “serious” movies anymore.

He even says the making of his upcoming movie, Domino, was a “horrible experience,” citing a shady producer and a lack of money. The crime thriller stars Nikolaj Coster-Waldau, Carice van Houten, and Guy Pearce, and, god willing, it’s said to be arriving this year.