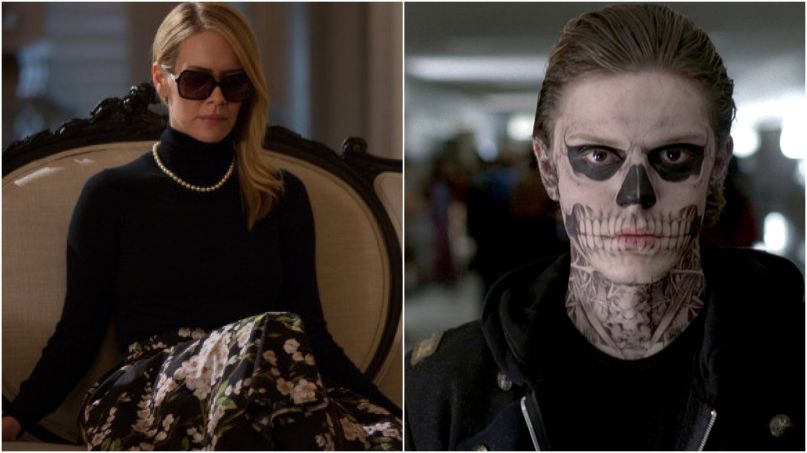 The eighth season of American Horror Story may not have a title or an announced cast, but it’s got a premiere date — and an ominous Facebook tease:

Apparently, the next round of AHS will help kick off the fall TV season; the premiere is slated to air Wednesday, September 12th at 10/9c on FX.

As discussed on a recent episode of the Consequence podcast TV Party, creator Ryan Murphy recently hinted (okay, made perfectly clear) that the upcoming season will do something new. Rather than operating on a specific theme (Freak Show, Cult, Hotel, etc.), season eight will be a crossover of Murder House, the first season of American Horror Story, and Coven, its third season.

While the full cast hasn’t been announced, Murphy regulars Sarah Paulson, Evan Peters, and Kathy Bates will all be returning to the series. That means it’s possible to make (wild, unfounded) guesses about the nature of this crossover. Paulson, the MVP of Murphy’s roster, played Billie Dean Howard, a medium, in Murder House, a role she reprised in Hotel, the fifth season. While it’s possible that Paulson could put on her medium drag again, we think it’s more likely she’ll step back into Cordelia Foxx’s shoes and once again assume the mantle of the Supreme.

Bates made her American Horror Story debut with Coven, so it’s possible she’ll play old-timey socialite and serial killer Madame Delphine LaLaurie once again. Still, our money is on a new role for the Oscar-winner. As for Peters, like Paulson, he’s a Murphy mainstay, so he could reprise his Murder House role as school-shooter (and ghost) Tate Langdon, as resurrected former frat boy Kyle Spencer, or any of the many roles he’s played on the ever-changing series.

The Hollywood Reporter previously noted that both Peters and Paulson would make their directorial debuts for the series in season eight. In the same piece, THR also said that Billy Eichner, Cheyenne Jackson, Adina Porter, and Leslie Grossman would return to the series, and that the legendary Joan Collins would also appear. One last tidbit: It’s apparently set in the near future, roughly October of 2019.