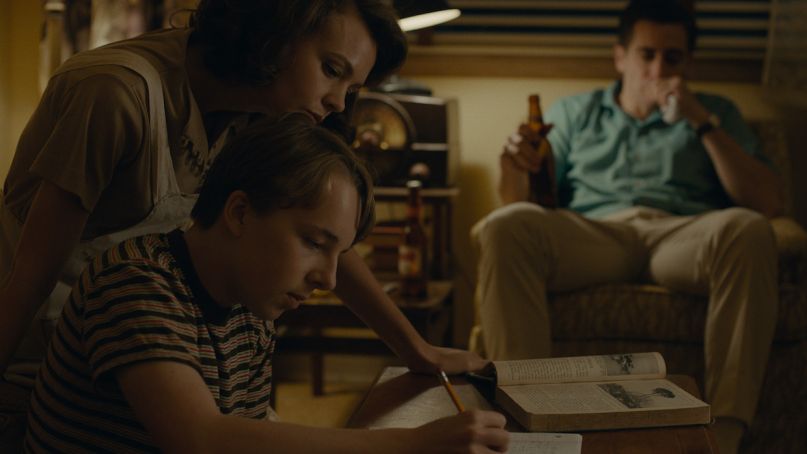 As no shortage of modern pop culture has observed, married life is often hell. That’s especially true if you happened to be married in the middle part of the 20th century, when things were seemingly simpler, but the hyper-restricted gender roles of the era led to all manner of adversity. Wildlife, the adaptation of Richard Ford’s 1990 novel that will also mark Paul Dano’s directorial debut, looks to touch on those adversities with a keen, empathetic, considered eye.

Dano, who shares a writing credit with Zoe Kazan as well, takes a long look at the Brinsons, who move to Montana in 1960. However, they find themselves in free-fall when Jerry (Jake Gyllenhaal) finds himself out of work and humiliated, Jeanette (Carey Mulligan) begins to find herself with a wandering eye as she searches for real fulfillment, and their son Joe (Ed Oxenbould) reaches the age where he starts questioning everything around him. Soon all three find themselves drifting ever further from anything that was familiar to them, as the times change and so do they.

Wildlife premiered to overwhelming buzz at Sundance this past January, and given the pedigree on hand, it’s entirely possible that Dano has knocked it out of the park on his first try. The film will be released on October 19th through IFC Films, but in the meantime, have a look at the melancholic first trailer below.