When Did We All Start Liking Childish Gambino? 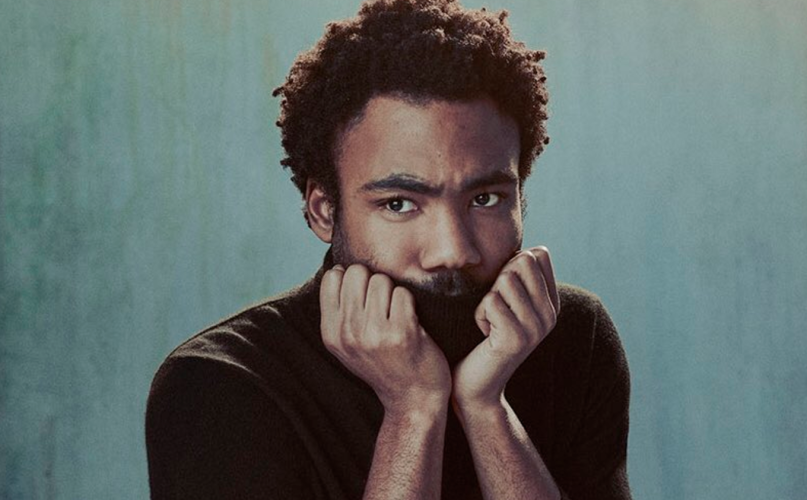 Within a few months of the release of Childish Gambino’s debut album, Camp, I played the electronic-infused “Heartbeat” on my college radio show in Berkeley, CA. Sure, this was likely the poppiest song played that day – or week – on the notoriously obscure KALX, but I wasn’t quite expecting the reaction I received from a man calling the DJ hotline, who said something to the effect of “this is the worst fucking song I’ve ever heard on this station.” His voice was reaching a fever pitch; he seemed legitimately angry and offended that I would play such a track. Of the hundreds of sets I played throughout my three-plus years DJing at that college radio station, this was the only time I ever had anyone call in to debate my song selections remotely along these lines.

But that man wasn’t alone – Camp was one of the most critically derided releases of 2011. Though we published a glowing A- review of the album on this site, publications like The Guardian and SPIN absolutely trashed Donald Glover’s first major foray into rap, with Pitchfork most famously leading the way with Ian Cohen’s 1.6 review. “The album maintains some of the overweening humor of Donald Glover’s sitcom Community, but Glover’s exaggerated, cartoonish flow and overblown pop-rap production are enough to make Camp one of the most uniquely unlikable rap records of this year (and most others),” reads the review, eventually listing some of the record’s most cringe-worthy one-liners, including “Asian girls everywhere / UCLA,” “You can kiss my ass, Human Centipede,” and “I made the beat and murdered it, Casey Anthony.”

Fast-forwarding to 2018, these overly negative critics are nowhere to be found, and Donald Glover is suddenly one of the most widely admired artists in music today. He’s totally dominated the music news cycle over the past couple of days following the one-two punch of his SNL episode, where he both hosted and performed, and the release of “This Is America”, complete with one of the most viral and capital-I Important music videos in recent memory. Not only has Pitchfork hit a complete 180, giving the song their coveted Best New Track label, but Glover has graduated from music publications; “This Is America” launched a horde of thinkpieces across all media, including overwhelmingly positive articles at CNN, The Atlantic, The New Yorker, and The Washington Post.

Glover’s Wu-Tang Name Generated rap alter ego was the butt of seemingly every joke for years, yet he’s now suddenly held in the same critical regard as Chance the Rapper or Radiohead, headlining some of the biggest festivals in the country, and was even named as one of Time’s 100 Most Influential People in 2017. How did that happen?

Glover has been in the public eye for a dozen years now, but for the majority of that period, he was seen as a comedian. Beginning with his work with early era YouTube comic wunderkinds Derrick Comedy, he rose to Internet prominence through clips like “Bro Rape” and “National Spelling Bee“, two videos that, in retrospect, have aged terribly.

Moving on to a writing gig at 30 Rock and a starring role in the Dan Harmon-helmed Community, Glover was suddenly in the center of the nerd-comedy universe. His portrayal of the ultra-hyper Troy Barnes earned him the love of the blogosphere as Community became a cult classic.

By the time Community was introducing us to remedial chaos theory in season three, Glover was gearing up to release his debut full length, Camp, via Glassnote Records. Though he had released a handful of mixtapes over the years preceding, this was the first time the general public was exposed to his music (with the exceptions of “Werewolf Bar Mitzvah” and “La Biblioteca”).

With only Glover’s acting to go off of, it made sense that music critics at the time saw Camp as a pseudo-comedy record, honing in on lyrics that played like ill-informed tweets (“I’ve seen it all like I’m John Mayer’s penis hole”). As a result, it was easy to see Childish Gambino as Glover’s side project – a comedic actor first and a musician second – and it probably didn’t help that Glover opened his first Gambino tour with a 90-minute stand-up set.

But while the critics and hip-hop heads were dismissing Childish Gambino almost entirely, he started to play bigger and bigger rooms, including the festival circuit in 2012, where he performed daytime sets at Coachella and Bonnaroo among others.

By the time Because the Internet dropped in December 2013, there was quite a lot of hype surrounding the release, especially in the aftermath of his worrying notes on why he left Community and his public troubles with Glassnote, who wanted to push the release back to 2014 against Glover’s wishes.

But even with so much publicity going into his sophomore full length, critics still weren’t all taking him seriously, with the most critical review – an “F” from Philip Cosores – coming from this very site. “The truth is, with regards to Childish Gambino, most people have already made up their minds regarding Donald Glover, in the sense that they know whether their opinion of Glover and his over-arching celebrity matter when listening to Childish Gambino,” Cosores wrote, inferring that by 2013, Gambino was either an icon or a farce with little middle ground between the two. He continued, “So, it’s no surprise that Because the Internet arrives fists raised, ready for the challenge of rap purists who wouldn’t accept Gambino under any condition (his opinion)… But, if you are coming into an album like this, Gambino gives you about as much benefit of the doubt as the rap world gives his music.”

That uneasy feeling critics had going into this album was perhaps best summed up by Eric Sundermann at Noisey. In his 2013 piece “You Don’t Like Childish Gambino’s Because the Internet Because of the Internet”, he explains, “When the record did indeed arrive, I was wary of listening because, holy shit, what if I actually like this Childish Gambino record? The fact that I had this internal discussion — whether or not it was okay for me to like this music — is inherently funny, but what’s more is that it’s indicative of exactly what Because the Internet is about, how self-aware Glover is, what he is trying to accomplish with Gambino, and what the culture thinks of him.”

Here is the turning point for Childish Gambino as a musical project; though many critics still hated the record (it actually had a lower Metacritic score than Camp, weirdly enough), they were starting to grapple with the idea that maybe there was enough there to work with, that for each of Glover’s musical faults and missteps, he now had enough songs to build a solid live set. With both 30 Rock and now Community in his rear view mirror, Childish Gambino was now more of a rapper than a comedian and we had to treat him as such going forward.

Because so much of what Glover did on a day-to-day basis was newsworthy, his celebrity and constant coverage in 2013 and 2014 earned him a ton of new listeners, who in turn pushed him up the festival lineup posters. Now suddenly on the same line as Spoon and two up from Interpol at Lollapalooza, Childish Gambino, regardless of what critics thought, was now a bona fide star as a musician.

Still, many people didn’t like his music, viewing it as overly referential, derivative, and all over the place. Atlanta changed everything.

Following Glover’s return to acting in 2015 – though this time in dramas like The Martian, not the silly comedies from earlier in his career – Atlanta, a show about the Atlanta rap scene, was so undeniably great that it was impossible to repudiate his talent anymore. Created by, starring, and sometimes directed by Glover, Atlanta became one of the most critically adored shows of the decade, almost immediately following its first episode in September 2016.

Rather ingeniously, the show was coupled with the Pharos Experience, an immersive set of three shows where Childish Gambino debuted new music from the eventual album Awaken, My Love! in Joshua Tree, California. With critics suddenly in the palm of his hand for the first time in his career, he wowed everyone in attendance with the unveiling of a completely new sound with wildly different instrumentation from his past releases.

But of most importance, Awaken, My Love!, released in December 2016, finally saw Childish Gambino discuss weighty, important subjects – particularly the black experience in America – for the first time in his music. Gone were the nerdy, pop culture-referencing verses throughout his earlier releases; Awaken, My Love! redefined Childish Gambino as a serious musician with thoughtful and intelligent ideas about the state of American society following Donald Trump’s run and eventual electoral win.

Atlanta not only gave him the platform to discuss these issues at length, but also the credibility to write music about themes of race in America with conviction. Had Gambino, an artist armed with some of the cringiest and nerdiest lyrics in recent memory dropped as serious of a soul record as Awaken, My Love! without Atlanta, critics would have jumped on him for making an inauthentic record, one that steals the musical sensibilities of George Clinton or Prince without the resume to back it up. But with Atlanta, Glover became an authority figure on black America, allowing for a song like “Redbone” to be considered both Important and Iconic, worthy of soundtracking The Resistance to Donald Trump. It’s no coincidence that “Redbone” was featured in the very beginning of Get Out.

Glowing reviews followed the album’s release, eventually leading to a surprise Album of the Year nomination at the 2018 Grammys. Headlines like SPIN’s “Childish Gambino Is Actually Good Now” became commonplace, and the same writers that slammed his past releases were now fully on board. He was celebrated for his acting in ways he never was prior – his inclusion in the Han Solo spin-off film and the live action Lion King remake were widely praised. Glover’s two Golden Globe wins for Atlanta instantly pushed him into iconic status, even without taking into consideration his instantly legendary Migos-referencing acceptance speech. To paraphrase a Noisey headline from the morning after the awards ceremony: Donald Glover runs shit now.

With critical adoration accumulating at a steady pace for over two years, his run culminated in this past weekend’s double duties on SNL and the release of the “This Is America” video. Even the writers that were still relatively tepid following the release of Awaken, My Love! couldn’t deny the brilliance of the best SNL episode of the season and the probable best music video of the year. Even Brandon Stousy, the former managing editor at Pitchfork who worked there when the site saddled Childish Gambino with a 1.6, tweeted, “gambino video reminded me: celebrities can still use their platform to do real things.”

No one ever denied that Donald Glover was a comedic talent, but it took close to a decade to convince hip-hop heads and music journalists that Childish Gambino deserves the same adoration for his music. Now that he’s finally won over the critics and has the standing to make broad statements about politics and black culture, the next chapter of Childish Gambino’s career will likely be his most exciting and significant. Now that we’re finally all on the same page regarding Donald Glover’s musical career, the real fun is about to begin.