What We Do in the Shadows TV series coming to FX 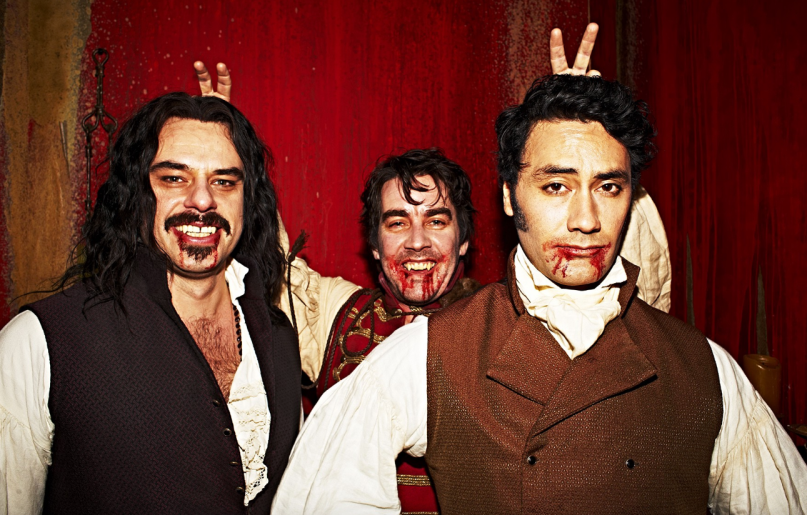 What We Do in the Shadows

They drink virgin blood because it sounds cool, and they’re coming to US cable television. FX has ordered a TV adaptation of the vampire mockumentary What We Do in the Shadows from co-creators, co-writers, and co-stars Jemaine Clement and Taika Waititi.

News of the show first came earlier this year, but Deadline now reports that after seeing the pilot, FX has given the series a full 10-episode season order. Clement will write while Waititi is set to direct, with both serving as executive producers.

The series will move the setting from Wellington, New Zealand to New York City as documentary crews follow a new trio of vampires as they deal with the typical mundanities of living with roommates in the big city. Kayvan Novak (Fonejacker) has been cast as Nandor, the head of the household, and Matt Berry (The IT Crowd, Toast of London) plays Lazslo, a goofball vampire who is wont to turn into a bat and fly straight into a closed window. British comedian and actress Natasia Demetriou (Year Friends) stars as Nadja, a take-no-crap vampiress and, Harvey Guillen (The Internship) portrays her personal assistant.

What We Do in the Shadows is set to premiere in spring 2019 and is actually the third spin-off of the sleeper indie hit movie. A mini-series entitled Wellington Paranormal focusing on the two cops from the movie, Karen (Karen O’Leary) and Mike (Mike Minogue), is set to air on New Zealand’s TVNZ 2 sometime this year. Waititi and Clement are also working on a theatrical sequel called We’re Wolves, which will focus on the group of werewolves led by Rhys Darby.