Whether it's thumbs, Legos, or Peter Griffin, we just can't get enough Star Wars 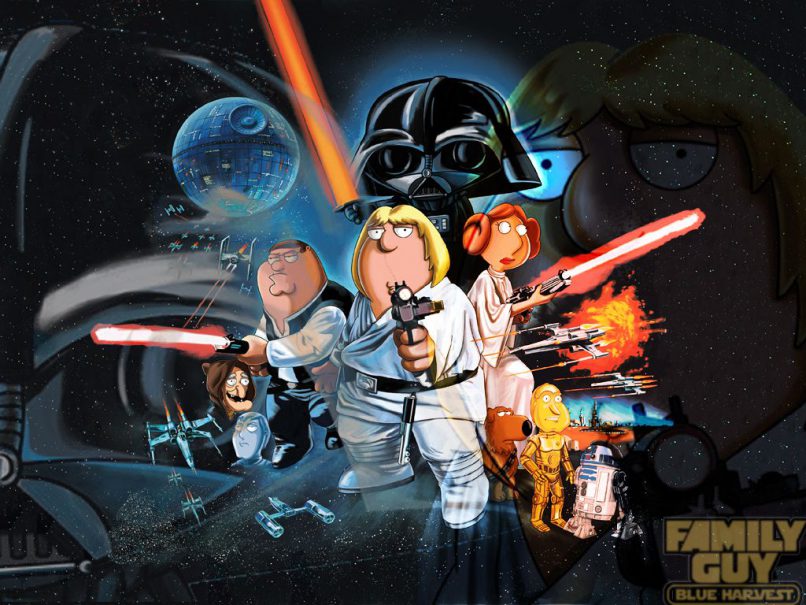 This feature originally ran in December 2015. It’s blasting off again in anticipation of Solo: A Star Wars Story.

A long time ago, we were just stargazing kids, worshipping our letterbox collection of George Lucas’ original Star Wars trilogy. Years later, the Force is strong with us once again as we do the Imperial March towards Ron Howard’s Solo. To celebrate, we’re spending the week talking about Nothing But Star Wars! with a rogue squadron of features, essays, and stories. Today, Dan Caffrey scours the pop-culture universe for the very best Star Wars parodies.

It’s easy to make a Star Wars reference. The franchise is so engrained in our pop-culture hive mind — probably more so than any other film series; maybe anything, period — that even a non-fan is extremely familiar with certain images, quotes, and story points. Hell, name any sitcom, and you’ll be hard-pressed to find one that hasn’t at least mentioned something in George Lucas’ universe. Friends did it. Boy Meets World did it. The Simpsons did it (then again, The Simpsons has done everything).

A long-form parody, though? That’s another story altogether. Let me clarify what I mean by that: every entry on this list uses its entire bulk to spoof at least one film (sometimes more) in the main Star Wars series. No, a single sketch or television episode (as many of these are) doesn’t fit the technical definition of long-form storytelling, but each example here significantly relies on Lucas’ story to tell its own story. This isn’t just a customer in Clerks talking about Death Star construction workers in passing or Rachel Green wearing a Princess Leia bikini — these are fully formed narrative riffs. Read up on them before Solo: A Star Wars Story comes out this week and gets its own parody — as all Star Wars films eventually do.