Jonathan Fire*Eater is credited for influencing bands such as The Strokes, Interpol, and Yeah Yeah Yeahs 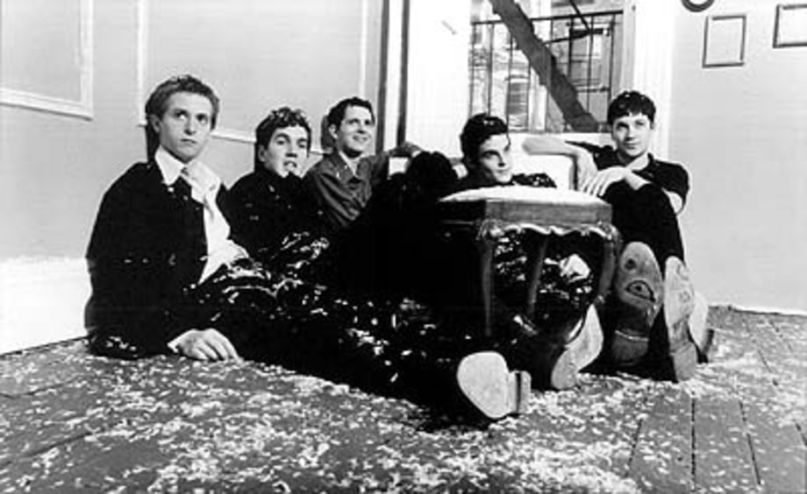 Stewart Lupton, frontman of influential alt-rock band Jonathan Fire*Eater, has died at the age of 43.

Sarah Lupton, Stewart’s cousin, confirmed his passing in an Instagram post. “Thank you so much for your tributes to this beautiful artist. I love hearing what he meant to other people. Stewart inspires me endlessly and is so dearly missed,” Sarah Lupton wrote.

Jonathan Fire*Eater existed for a short five-year period between 1993 and 1998, but are largely credited as one of the most influential acts of New York’s early aughts rock revival. Bands including The Strokes, Interpol, and Yeah Yeah Yeahs have specifically cited Jonathan Fire*Eater as inspiring their own beginnings.

The band released their 1996 EP, Tremble Under Boom Lights, to much fanfare, leading to slots opening for Pulp and Blur as well a lucrative record contract with David Geffen’s DreamWorks. However, following a tepid response to their major label debut, 1997’s Wolf Songs for Lambs, Lupton quit the band and moved home to Washington, DC, where he studied poetry. Three other members of Jonathan Fire*Eater, Paul Maroon, Matt Barrick, and Walter Martin, went on to form The Walkmen.

Lupton’s cause of death was not immediately clear.

Much of Jonathan Fire*Eater’s story is chronicled in Lizzy Goodman’s fantastic NYC alt-rock oral history, Meet Me in the Bathroom.