State of the Empire Episode 53: Placing Our Bets on Solo: A Star Wars Story

We analyze all the new trailers, merch, and even consult a Solo-branded Monopoly game to figure out what the forthcoming film has in store. 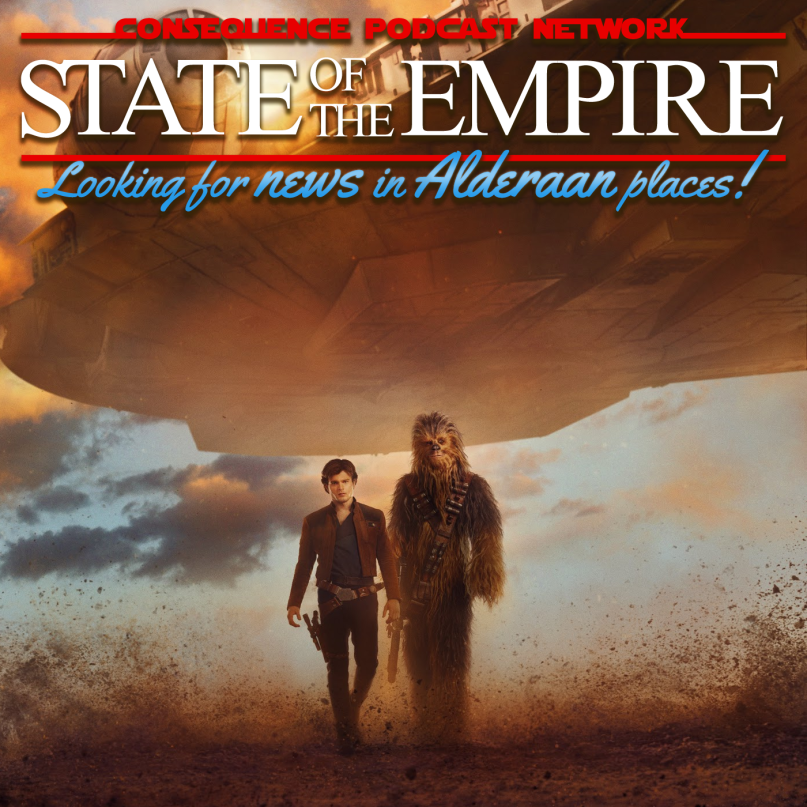 Solo is almost here and we’re placing bets on where this still very unpredictable story is going to take us. Don’t sweat it, kid – we’ve locked the spoilers behind the blast doors – but we’ve analyzed all the new trailers, merch, and even consulted a Solo-branded Monopoly game to figure out what’s coming next.

We also discuss some new rumors coming out of Episode IX, dole out “I told you so”s about the new animated series Star Wars Resistance, dig into expanded universe deep cuts bleeding out of the Forces of Destiny web series and the novels, and keep you up to date with the Star Wars comics which are performing amazing feats of shared universe storytelling.