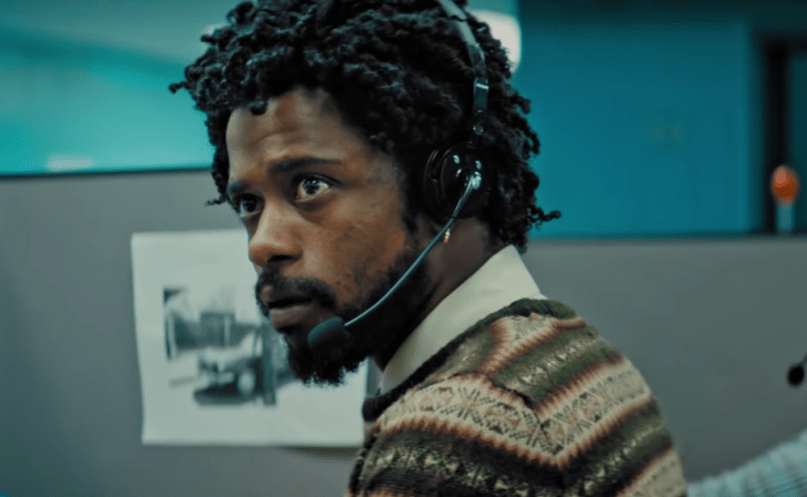 Sorry to Bother You (Annapurna)

Lakeith Stanfield (Atlanta) goes from rags to riches in the new sci-fi comedy Sorry to Bother You — however, his path to success isn’t what you’d expect. As Oakland native Cassius Green, he uncovers the secret to telemarketing: The magic is all in his “white voice” (provided by Patton Oswalt).

The directorial debut from Boots Riley, frontman of hip-hop group The Coup, Sorry to Bother You packs in the laughs while also navigating serious issues of big business, activism, and, of course, race. It also boasts an endless list of top-notch actors; Tessa Thompson, Terry Crews, David Cross, Jermaine Fowler, Danny Glover, and Steven Yeun also star in the film.

Check out the first trailer below and get a peek into the “glorious, goddamned mess” that is Stanfield’s telemarketing journey to the top.

After premiering at the Sundance Film Festival earlier this year, Sorry to Bother You will open in theaters on July 6th via Annapurna Pictures.