The Netflix series' initial run will consist of six episodes, starring and directed by Gervais 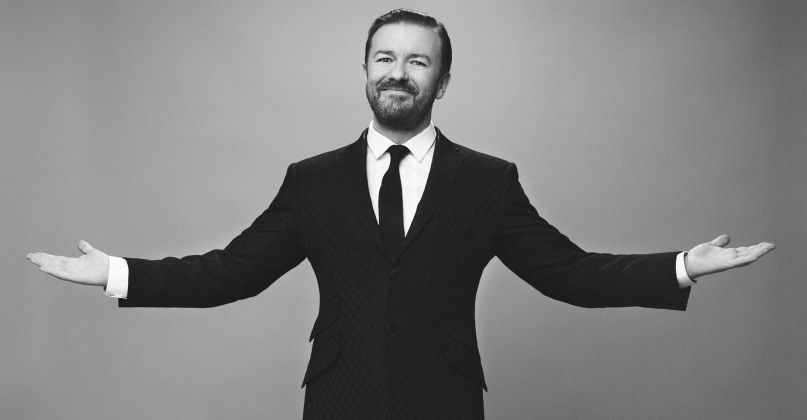 In recent years, Ricky Gervais has seemed to develop the unstoppable urge to publicly morph into that kid in your high school classes who’d start constant arguments about why he should be able to say the N-word. Gervais has demonstrated an increasing lack of polite tolerance for what he perceives to be a PC culture’s assault on comedy, and has subsequently leaned even harder on those traits in some of his recent work. (His recent stand-up special Humanity was rife with such material.)

If anything, the premise for Gervais’ latest television series suggests that this might be the comedian that the onetime Office star wants to be from here on in. After Life, which Gervais will direct and executive produce in addition to serving as its star, will see Gervais stepping into the role of Tony, a man whose idyllic life is destroyed for good when his wife Lisa suddenly dies. Tony finds himself contemplating suicide, only to instead choose to live without any kind of a filter for the rest of his days, developing the “superpower” of absolute blunt honesty. Needless to say, this new Tony arrives much to the chagrin of his loved ones and other people around him.

For now, Netflix has picked the series up for six episodes, with a release date yet to be determined. It’s a fairly pointed shot at Gervais’ critics as well, but in a sense, he’s been building to this point for most of his career; in particular, it’s easy to forget just how truly vicious Extras got at points in its run. It’s definitely the kind of series you’ll be hearing quite a bit about before long. Whether that’s a good thing or not remains to be seen.