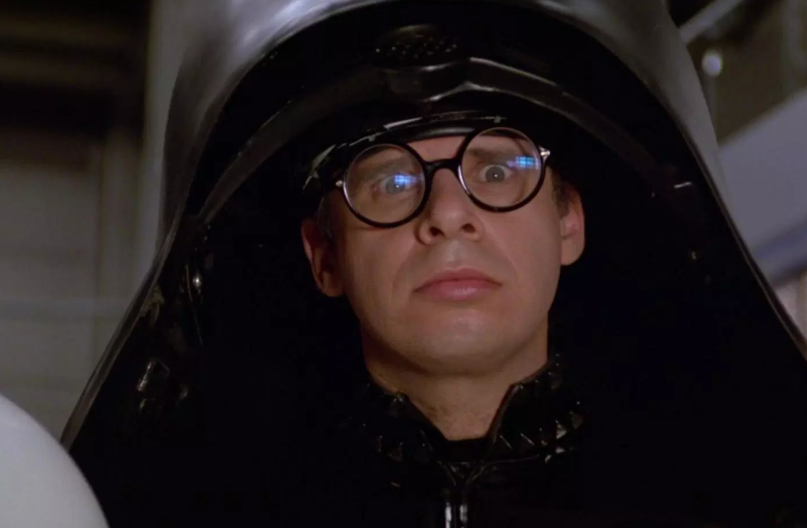 In a pop-culture nostalgia coup for the ages, ABC’s The Goldbergs managed to coax unofficially retired comic actor Rick Moranis back to the screen. Well, sort of. The Ghostbusters and Honey, I Shrunk the Kids star cameos in this week’s episode, but only as a voiceover. Still, just getting Moranis into a booth to record dialogue for his Spaceballs villain Dark Helmet should be seen as a major victory for the show; he infamously turned down an appearance in Paul Feig’s 2015 Ghostbusters reboot, after all.

The episode airs tonight at 8 pm EST/ 9 pm CST, but Yahoo! has delivered an early look at Moranis’ scene. The show finds the nerdy young protagonist, Adam (Sean Giambrone), falling in love with the work of Mel Brooks after laying eyes on Spaceballs. He becomes so obsessed that it even starts invading his dreams, as when he has a Schwartz duel with Dark Helmet himself. The battle rages in Adam’s bedroom until Dark Helmet drops a script for Spaceballs II: The Search for More Money, a nod to Yogurt’s proposed sequel from the 1987 classic spoof.

Though it’s not Moranis under the helmet, that is indeed his voice, marking his first voiceover credit since 2006’s direct-to-video Brother Bear 2. Check out the clip below, and keep those Schwartz sabers crossed that this sparks interest in finally making The Search for More Money happen.