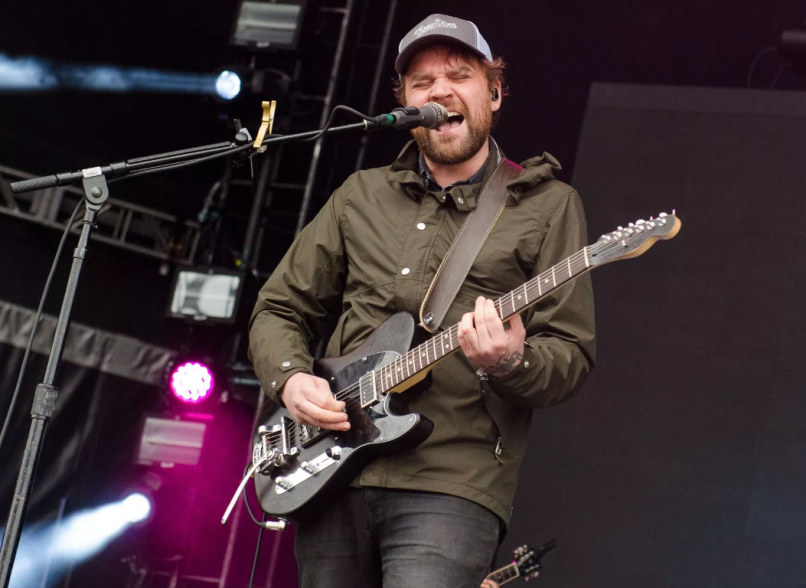 Scott Hutchison, the frontman of Scottish folk rock outfit Frightened Rabbit, has died. The 36-year-old was reported missing in a worrisome state Wednesday morning and his body was found by Scotland police officials late Thursday night at Port Edgar, between the Forth Road Bridge and Queensferry Crossing. This morning, officials confirmed the body is Hutchison, as reported by the BBC.

His family released the following statement via Scotland Police:

“As a family, we are utterly devastated with the tragic loss of our beloved Scott. Despite his disappearance, and the recent concerns over his mental health, we had all remained positive and hopeful that he would walk back through the door, having taken some time away to compose himself.

“Scott, like many artists, wore his heart on his sleeve and that was evident in the lyrics of his music and the content of many of his social media posts. He was passionate, articulate and charismatic, as well as being one of the funniest and kindest people we knew. Friends and family would all agree that he had a brilliant sense of humour and was a great person to be around.

“In addition to his musical success, Scott was a wonderful son, brother, uncle and friend. Despite whatever else was going on in his life he always had time for those he cared for.

“Depression is a horrendous illness that does not give you any alert or indication as to when it will take hold of you. Scott battled bravely with his own issues for many years and we are immensely proud of him for being so open with his struggles. His willingness to discuss these matters in the public domain undoubtedly raised awareness of mental health issues and gave others confidence and belief to discuss their own issues.”

Hutchison was last seen at the Dakota Hotel in Queensferry, Scotland, around 1:00 am local time. Earlier in the night, he had sent out a pair of worrying tweets that read, “Be so good to everyone you love. It’s not a given. I’m so annoyed that it’s not. I didn’t live by that standard and it kills me. Please, hug your loved ones.” A second tweet read simply, “I’m away now. Thanks.” The past tense and cryptic nature of the messages caused concern amongst his loved ones and bandmates, who sent out numerous messages asking for help locating Hutchison.

Hutchison began using the Frightened Rabbit moniker during solo performances in 2003, taking the name from his mother’s pet name for him attributed to his shy nature. His brother, drummer Grant Hutchison, and guitarist/bassist Billy Kennedy assisted him with the project’s 2006 debut, Sing the Greys, and Frightened Rabbit was formally dubbed a trio for the 2008 follow-up, The Midnight Organ Fight. The band’s third full-length, The Winter of Mixed Drinks, came in 2010, followed by a pair of EPS: 2011’s self-titled and 2012’s State Hospital.

At this point, they’d become a quintet with the addition of guitarists/keyboardists Andy Monaghan and Gordon Skene. This is the lineup that recorded the band’s biggest success, 2013’s Pedestrian Verse. The album hit No. 9 on the UK charts, and was a critical and commercial hit. Simon Liddell joined the band for the tour supporting the record, eventually stepping in as a full time member after Skene’s departure in early 2014.

That year saw Hutchison release and a record a “solo album” (with the aid of Monaghan and Liddell) under the name Owl John. The following year, the band recorded its fifth album, Painting of a Panic Attack, in New York with The National’s Aaron Dessner serving as a producer. They followed that 2016 release with the Recorded Songs EP in 2017.

Earlier this year, Hutchison launched a new project called Mastersystem with Grant and brothers Justin and James Lockey, respectively of Editors and Minor Victories. Their Dance Music debut came out just last month. Frightened Rabbit were also said to be working on their sixth album as they constructed a home studio in Glasgow. In March, Hutchison told NME that he was trying to “steer clear” of writing songs about his personal relationships. “I’m trying to find different things cause it’s album six, and I can’t do this all [the] time, you know,” he said.

Hutchison had a pronounced history with depression and alcoholism, topics he often addressed in his music. In the summer of 2016, he had a self-described “Twitter meltdown”in which he urged fans to stop buying his music and called himself “a complete arsehole.” “I’d urge you to forget about the band, it’s a complete farce,” he wrote. “I don’t deserve any of the things that have benefitted my life.” Later, he apologized for the rant and said it was the “result of mixing alcohol, depression and social media.”

Update 10:10 am EST: The surviving members of Frightened Rabbit have issued their own statement on Hutchison’s passing via Twitter. “There are no words to describe the overwhelming sadness and pain that comes with the death of our beloved Scott,” reads the note, “but to know he is no longer suffering brings us some comfort.” Find the entire message below.