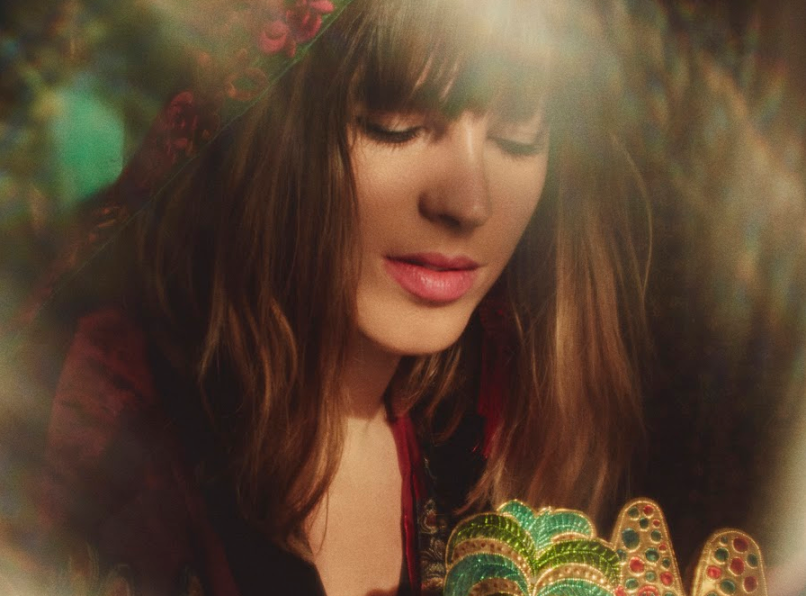 Six years after releasing her self-titled debut LP, Melody’s Echo Chamber is finally set to return this summer. The sophomore album from French musician Melody Prochet is entitled Bon Voyage and due out June 15th. So far we’ve heard the album tracks “Breathe In, Breathe Out” and “Cross My Heart”, and now Prochet has broken off a third sample in the form of “Desert Horse”.

The new track comes at you like a glitchy dream, at first familiar before shifting suddenly into something unexpected. It enters riding desert thermals built by hand percussion rhythms and modulated guitars, with computerized vocals wrapping it all in digital trappings. Then, with a literal sigh and a scream, Prochet switches into French and it becomes oddly, sadly comforting — at least for a little while.

Bon Voyage comes one year after Prochet suffered a “serious accident” that put her in the hospital and forced her to cancel tour dates. The album was written with the help of Reine Fiske from Dungen and Fredrik Swahn from The Amazing. Other Dungen members Gustav Esjtes and Johan Holmegaard and Nicholas Allbrook from Pond also contributed.