The alt-rock veteran appears on the latest installment of Kyle Meredith With... 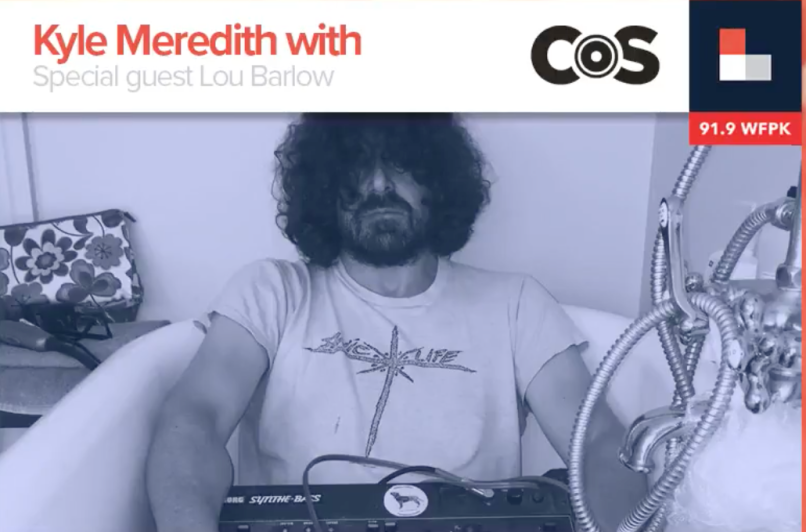 Lou Barlow of Sebadoh and Dinosaur Jr. fame gives an update on his current ongoings in this installment of Kyle Meredith With…. On the heels of his recently released single, “Love Intervene”, Barlow reveals that he is planning to begin work on a new Sebadoh album later this year. “I have a body of songs that are really poking at me right now,” he explains. Sebadoh’s last album, Defend Yourself, came in 2013.

But first, Barlow’s got some touring commitments with Dinosaur Jr., who are set to hit the road with Mastodon this summer. Speaking of Dino Jr., Barlow also reveals that he is not actually on the band’s recently released one-off single, “Hold Unknown”. “I had no idea it existed. I have yet to hear it myself,” he admits, explaining that it’s a J. Mascis solo recording. “He is Dinosaur Jr. He is the holder of the name. He can decide what Dinosaur Jr. is,” Barlow says of Mascis.

Regarding the prospects of a new Dinosaur Jr. album, Barlow says the earliest the band would likely hit the studio is 2019.

Kyle Meredith With… is an interview series in which WFPK’s Kyle Meredith speaks to a wide breadth of musicians. Each episode, Meredith digs deep into an artist’s work to find out how the music is made and where their journey is going, from legendary artists like Robert Plant, Paul McCartney, U2 and Bryan Ferry, to the newer class of The National, St. Vincent, Arctic Monkeys, Haim, and Father John Misty. Rate the series now via iTunes.