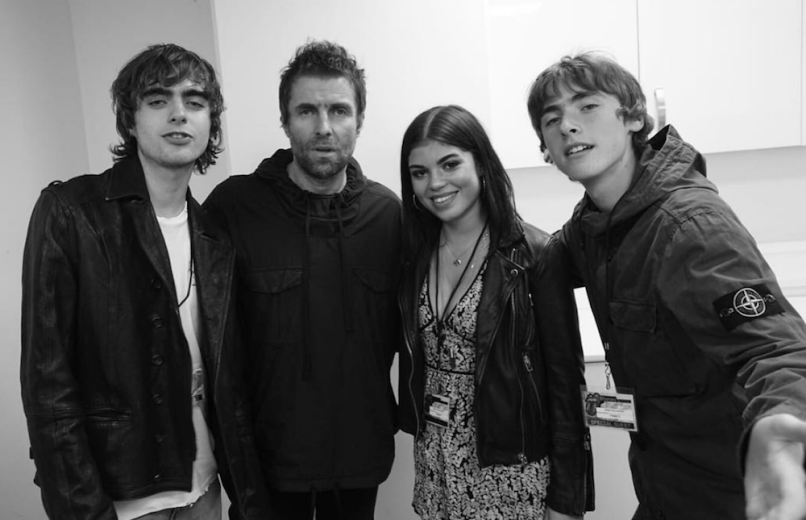 While touring in support of his debut solo album, As You Were, Brit rocker Liam Gallagher finally met his estranged daughter, Molly Moorish, for the first time. As the BBC reports, the heartwarming encounter (seen above) took place on Tuesday at the London Stadium, where Gallagher was opening for The Rolling Stones. Father and daughter were joined by Gallagher’s two sons, Lennon and Gene.

The 21-year-old Moorish, who works as a model, is the result of Gallagher’s two-year, late ’90s relationship with fellow English musician Lisa Moorish. In a previous interview about his estranged child, the Oasis co-founder said he and her mother don’t get along and haven’t stayed in touch, but that Molly was in good hands.

“The girl’s been looked after and clothed and fed and sent to lovely schools,” Gallagher told GQ Magazine. “I bought them a house and all that tack. I just think she’s best off with her mum.”

Speaking on whether he’d ever want to meet Molly, he explained, “They aren’t good when they are forced, these things. I think we leave it be. See what happens. Certainly [I] wouldn’t turn her away.”

Gallagher is said to have a fourth child from a relationship with American journalist Liza Ghorbani. Per an interview in February, he has yet to meet her.

Fun Fact: Molly isn’t the only musical offspring involved here. Her half-brother, Astile Louis, is from a relationship her mother Lisa had with The Libertines’ Pete Doherty.