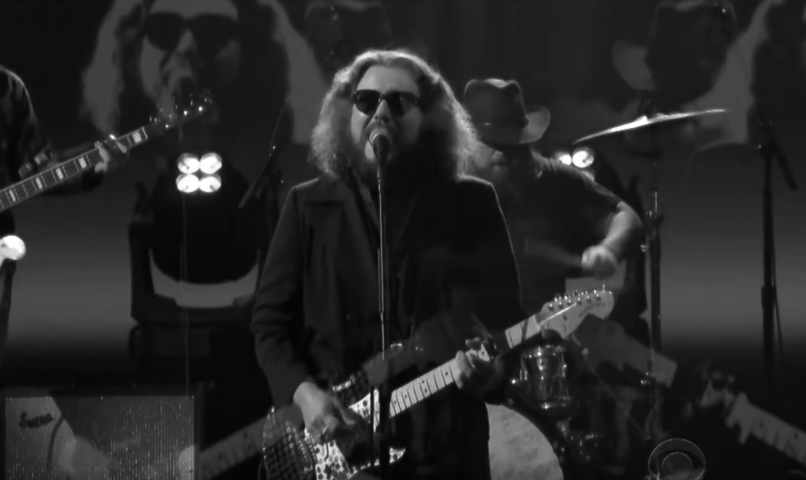 Jim James on The Late Show with Stephen Colbert

My Morning Jacket frontman Jim James is set to deliver his third solo album, Uniform Distortion, on June 29th via ATO Records. He promoted the release last night with an appearance on Colbert, performing the lead single, “Just a Fool”.

The album is all about how there’s a distortion in the way we receive information these days (hence the title), so it was fitting that James chose to distort his own performance. The entire thing was broadcast in a sort of black-and-white kaleidoscopic, approximating the vibe of the “Just a Fool” video. Check out the replay below.