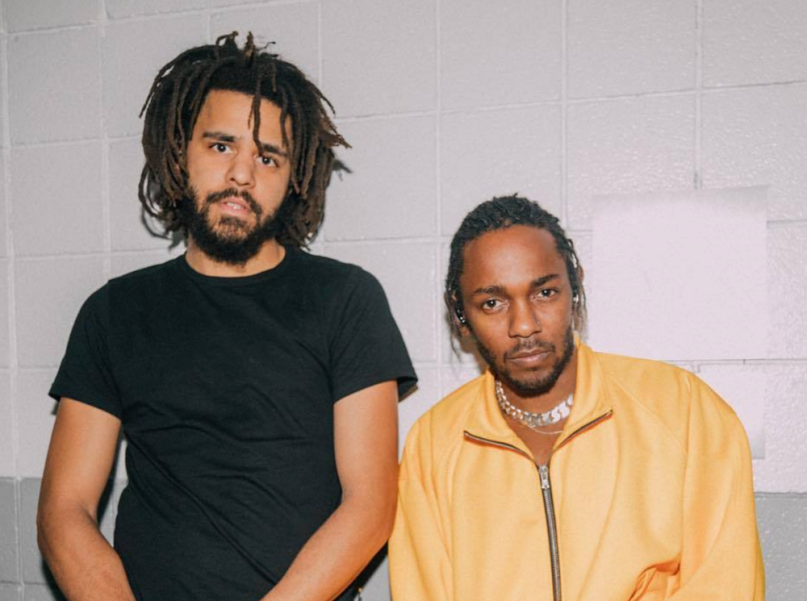 Prior to his set at Miami’s Rolling Loud Festival this past weekend, J. Cole sat down for a lengthy, wide-ranging interview with Power 105.1’s Angie Martinez.

Over the course of their 94-minute chat, the North Carolina rapper covered plenty of topics. Most notably, Cole dished on his long fabled collaborative album with Kendrick Lamar and explained that recent phone call with Kanye West. Cole also clarified just who his song “False Prophets” is addressing, talked about his recently released KOD, and confirmed that not one, but two new albums are already in the works.

Rumors of a joint LP between Cole and Kendrick date back almost a decade, but seem to resurface on a yearly basis. Most recently, the president of Kendrick’s label Top Dawg Entertainment uploaded an Instagram post that seemed to reference the two rappers’ past collaboration, Cole’s Born Sinner track “Forbidden Fruit”. In the interview, Cole admitted that he and the Compton MC did link up in the studio — but that was years ago, and since then, there’s been nothing officially planned.

“We just did a few songs,” he told Martinez (via Pitchfork). “Like, we did a bunch of ideas. Put it like that. It was nothing like, you wouldn’t call it an album. It’s not like it’s something that’s actively happening.”

While fans might be quick to get hyped about Cole’s confirmation that songs do exist, he cautioned them not to hold their breaths. “Not because it’s never gonna happen. Just because, like… it’s not right now, and I don’t like teasing or playing the game ’cause this has been going on for a minute,” he explained.

On the topic of Kanye, he said that although they spoke on the phone recently, he didn’t necessarily appreciate when Yeezy posted a screenshot of their call to his Twitter account:

“Nah, he called me, but I would’ve never posted that or tell him to post that. That made me feel a certain type of way. I told him that. He apologized, for the record. I told him that it felt like you just used my name in that very quick conversation for social media and to keep your thing going or whatever you were doing. It felt like it wasn’t sincere because of that.”

Cole said Kanye also asked him to have his back and be brutally honest with him. “When he called me he said, ‘I need you to hold me accountable. Keep me in check. Say whatever you gotta say. I need that. I feed off that.'” (Cole, along with Janelle Monáe and Jaden Smith, ended up denouncing Kanye for supporting Donald Trump.)

Additionally, Cole admitted that his 2016 single “False Prophets” is indeed about Kanye — at least partially:

“First of all, [I’m] just a fan… I’m just like a dude that was a fan back in the day, and when I’m writing ‘False Prophets,’ which that song wasn’t about him. There’s one verse that applies to him for sure, but if you listen to that song, that song is about what this shit is exposing. What I gotta check myself about. And I check myself on that song as well…We’re worshipping celebrities.”

Elsewhere, Cole confirmed that his next album will be called The Fall Off and is expected to see release sometime in 2019. He also has a second full-length in the pipeline, this time from kiLL edward, the alter ego he debuted on KOD. And for those wondering where he picked up the new moniker — which is a reference to his stepfather — Cole explained its origins (via XXL):

“It first started after Forest Hills Drive,” he admits. “It started to feel like J. Cole, which sounds weird even saying that in conversation…that name started feeling like a box. I had told so much of my story from The Come Up, The Warm Up, Born Sinner, Forest Hills Drive. It was always about me, my aspirations, my dreams, my pains. It was a box. I started feeling limited. I had been telling my story for so many projects. So many songs…I don’t want to talk about myself no more, which eventually would birth 4 Your Eyez Only. It wasn’t like I was aware…all of this was subconscious. Another thing that came out of that was I started experimenting with the music. The production, my voice, and I started doing these songs in this KiLL Edward style. I didn’t have a name, I just had these songs…I needed a fire name.”

Watch the entire interview below.

In support of KOD, Cole is scheduled to tour North America this summer with opening act Young Thug.