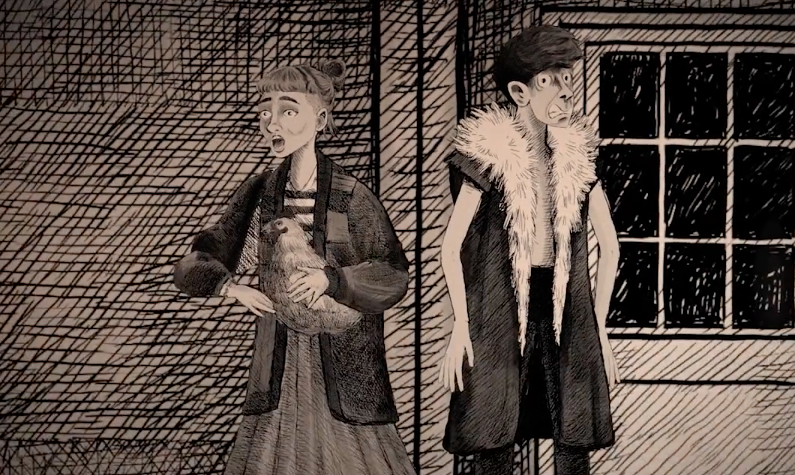 In the annals of music lore, few stories are more wonderfully whimsical and oh so befitting of character than Grimes’ infamous 2009 attempt to sail down the Mississippi River in a homemade houseboat.

As the story goes, the artist aka Claire Boucher moved from Montreal to Bemidji, Minnesota in the summer of 2009 with her college friend William Gratz. There, the plucky pair built a 20-foot houseboat they dubbed Velvet Glove Cast in Iron and planned to recreate Huckleberry Finn’s journey down the Mississippi. They loaded up the boat with live chickens and 20 pounds of potatoes (!!) and set sail. Engine failure and trouble with the police kept them from completing their journey, but it’s still a hell of a tale.

Now, the story has been retold in brilliant animation as part of AT&T’s AUDIENCE Network show Drawn & Recorded. T-Bone Burnett narrates the misadventure, and DirectTV and AT&T U-verse subscribers can check it out via AUDIENCE. The episode includes five other stories, including one about David Bowie’s half brother, Terry Burns.

Watch a trailer for the Grimes story below.

Grimes, whose now dating business magnate and all around smart dude Elon Musk, recently appeared on Janelle Monáe’s song “PYNK” off her new album Dirty Computer. She also revealed that she’s working on two new albums of her own, including her “final album from my shit label.”