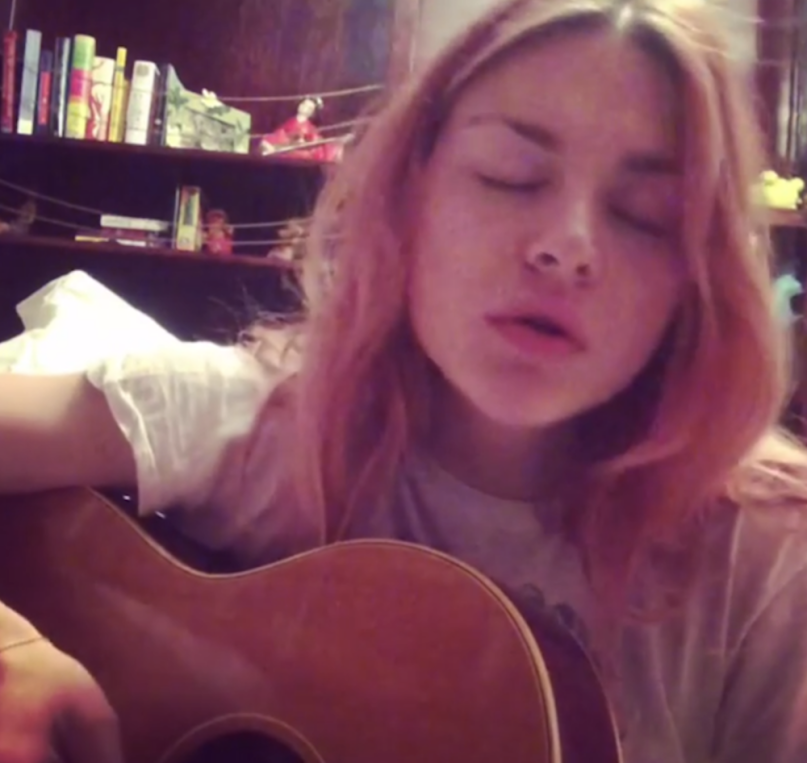 After covering songs by Leonard Cohen and Jimmy Eat World, Frances Bean Cobain finally tried her hand at writing her own original music last month. The untitled song was posted to her Instagram account to much fanfare, but then later deleted (perhaps because of said fanfare — after all, she is the product of rock royalty Kurt Cobain and Courtney Love).

Now, the younger Cobain has taken to Instagram to share a slightly different version of the song featuring altered lyrics and the addition of acoustic guitar. “I think I found you when I was small/ I think I found you/ A penny for your good thoughts,” she sings in the video clip while strumming along. If the track itself isn’t enough to convey all the right emotions, her expressive body language throughout the performance will.

See for yourself below.

Cobain captioned the video “Not hey there delilah,” a reference to Plain White T’s acoustic hit from 2006. In the comments section of the Instagram post, she acknowledged that she plans to one day officially release the untitled song — echoing previous statements regarding her intentions to pursue a music career. Cobain also replied to one fan who compared her and her parents’ musical style:

“You are probably right in the respect that people probably can make assumptions or conclusions about my art because they are informed about my life’s trajectory,” she wrote. “Not everyone has to like it, that’s not a requirement of making and receiving art.”