In her own words, Ellen welcomed on "the coolest rock band in the world" 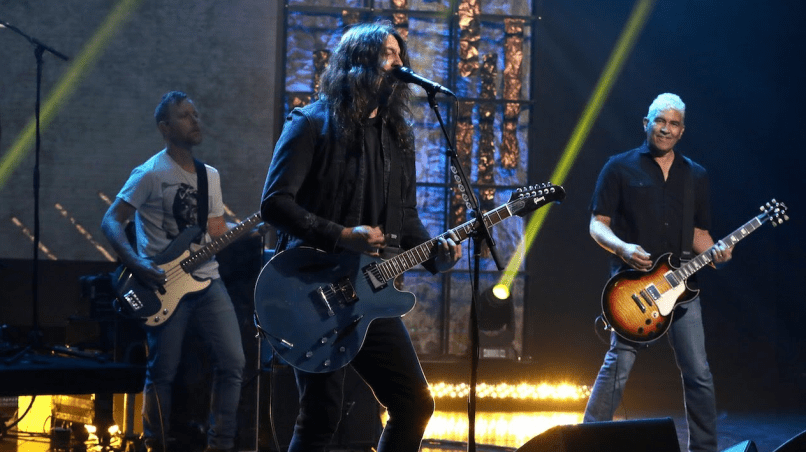 Foo Fighters recently wrapped the first leg of their 2018 tour in support of their latest record, Concrete and Gold. With a few more weeks to go until they head to Europe for a bevy of festival appearances and headlining dates, the band kept their chops in shape with a daytime TV appearance on Ellen.

“Our next guest might just be the coolest rock band in the world,” Ellen said before introducing the band like Christopher Walken. Foo Fighters then performed their latest Concrete and Gold artwork, “The Line”, in front of a blown up electronic version of the album’s artwork. Drummer Taylor Hawkins also went out of his way to plug the band’s upcoming CalJam 18 festival, wearing a shirt and playing a bass drum adorned with the event’s logo. Watch the replay below.