With Mac DeMarco watching on... 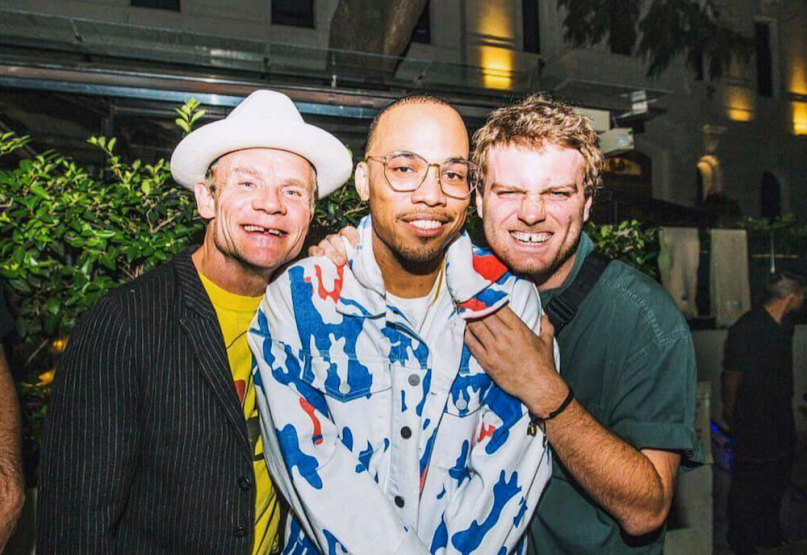 This past March, Flea, Anderson .Paak and The Free Nationals, and Mac DeMarco all descended upon Buenos Aires for Lollapalooza Argentina. The three were spotted hanging out around the festival, and as it turns out, they even got together for a jam session as part of a local event series aptly called Jam Club.

Watch it all go down below.

As other redditors have mentioned, the musicians’ admiration for one another didn’t end with the jam session. DeMarco’s Lollapalooza Brasil set a week later featured a cover of Red Hot Chili Peppers’ “Can’t Stop”. RHCP also supposedly played a riff from .Paak’s Malibu track “Come Down” during their set at Lollapalooza Chile. There are plenty of unnecessary supergroups that exist out there, but one comprised of these guys would certainly be considered something of a gem.

RHCP’s last album came with 2016’s The Getaway, while DeMarco’s This Old Dog dropped in 2017. Paak is expected to release two full-lengths before year’s end — a new solo record called Oxnard Ventura and one with his band The Free Nationals.