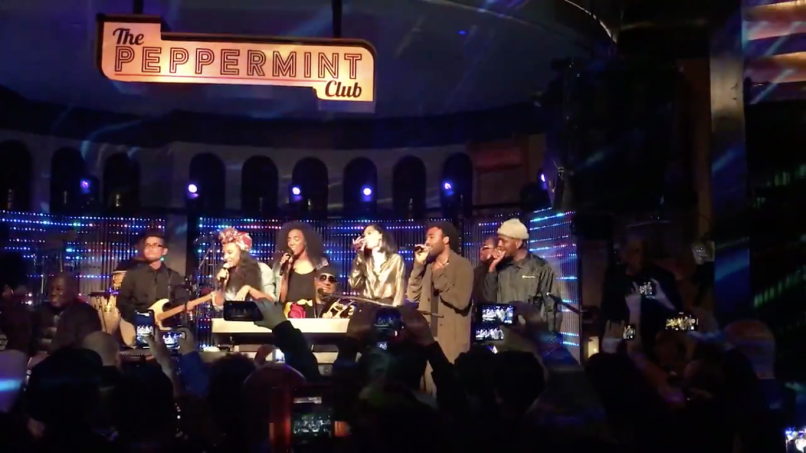 Stevie Wonder’s name and influence was all over “Teddy Perkins”, the incredible Atlanta episode that we’re still out here chewing on. Clearly, the show’s creator, Donald Glover, is a big fan of Wonder. Now, as another feather in his cap following the landmark second season of Atlanta and the zeitgeist-capturing music video for “This Is America”, Childish Gambino himself joined Wonder on stage last night for “Superstition”.

Kelly Rowland and Jessie J were also part of the all-star collaboration at Los Angeles’ Peppermint Club. Everyone was on hand as part of Wonder’s two-hour performance dubbed “The Stevie Wonder Song Party: A Celebration of Life, Love, and Music”. Watch the performance below.

For more of the Great Glover, tune into FX tonight for Atlanta’s second season finale. And, of course, revist his mesmerizing new single/video, “This Is America”.