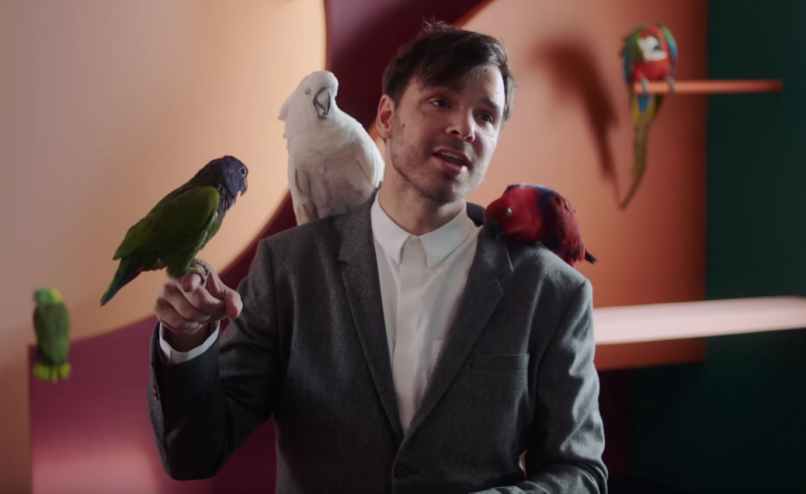 After a five year absence, Dirty Projectors returned last year with a self-titled album full of band mastermind David Longstreth’s heartbreak. A year later, Longstreth and the band are back with a new record, Lamp Lit Prose, and a revitalized attitude.

Due out July 13th via Domino, Lamp Lit Prose is described as “the yang to the yin” of Dirty Projectors. Where that self-titled effort found Longstreth expressing his loneliness through glitchy dance songs, this new record brings back bright guitars and intricate vocal harmonies. A press release describes it as “a recommitment to the sounds and ideals of Dirty Projectors, embracing the band’s trademarks while pushing forward the sonic envelope.”

Assisting Longstreth in this journey forward is a slew of featured guests, including HAIM, Empress Of, The Internet’s Syd, Amber Mark, and Dear Nora. Fleet Foxes’ Robin Pecknold and former Vampire Weekend member Rostam join in on a song called “You’re the One”. Also on the record is the band’s longtime rhythm section, Nat Baldwin and Mike Johnson.

As a first listen, Dirty Projectors have shared the video for “Break-Thru”, a clear return to new wave-y indie built off dancing guitar work and even harmonica. Longstreth sings of a woman who “opens my days like she always knew,” name dropping Julian Casablancas and Middle Earth along the way. Check out the track via its bird-filled clip, directed by Pecknold’s brother Sean Pecknold, below.

Pre-orders for Lamp Lit Prose are available here, while a limited edition red and blue starburst vinyl can be purchased via Domino. Dirty Projectors have a 41-date tour schedule mapped out in support of the release, and you can find the itinerary here. Below, take a look at the Lamp Lit Prose artwork and tracklist.