Dave Grohl and his 12-year-old daughter Violet cover Adele’s “When We Were Young”: Watch

Grohl was also joined by Violet and his 9-year-old daughter, Harper, to perform "The Sky Is a Neighborhood" and Queen's "We Will Rock You" 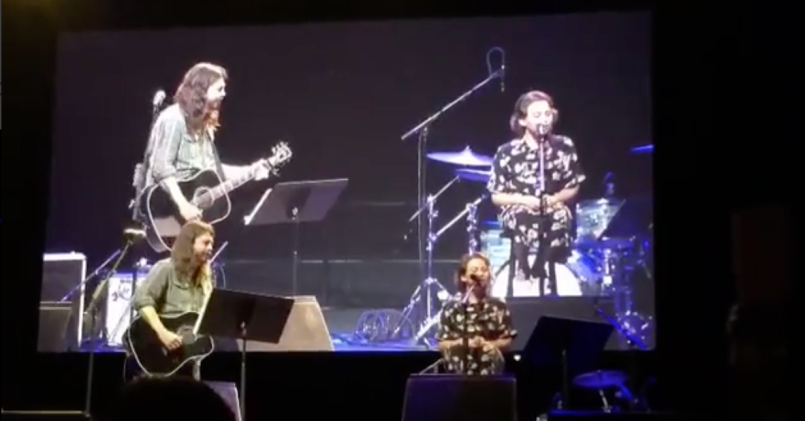 On Saturday night, Dave Grohl took a break from Foo Fighters’ ongoing world tour to headline a benefit concert for the UCSF Benioff Children’s Hospital. The solo acoustic set featured performances of Foo Fighters favorites such as “Everlong”, “Times Like These”, and “My Hero”, as well as a cover of Adele’s “When We Were Young” featuring Grohl’s 12-year-old daughter, Violet, singing lead vocals. Violet and Grohl’s nine-year-old daughter, Harper, also joined their father for Foo Fighters’ “The Sky Is a Neighborhood” and Queen’s “We Will Rock You”.

Despite having a rock star for a father, Violet is confident in her own talents. “I remember her saying, ‘Dad, you’re not even the best singer in the family,'” Grohl recounted prior to playing “When We Were Young”. “And she’s right!” her proud papa proclaimed.

Watch fan-shot footage from the concert and see the evening’s full setlist below.