Courtney Barnett Returns Triumphantly with Tell Me How You Really Feel 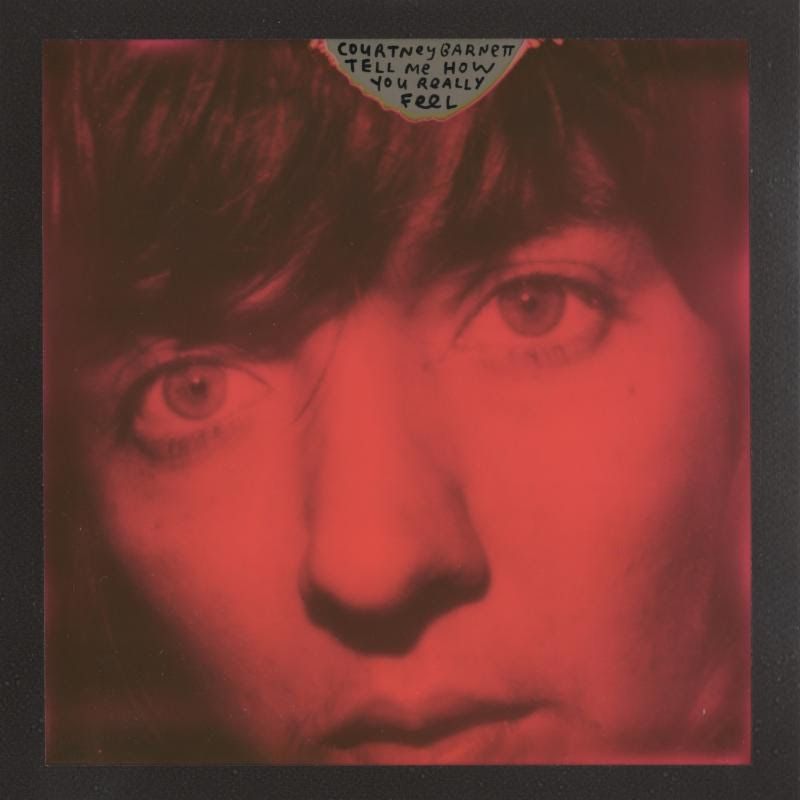 The Lowdown: Courtney Barnett returns with her sophomore full-length after taking America by storm in 2015, touring behind her head-turning debut album, Sometimes I Sit and Think, and Sometimes I Just Sit, and electrifying late night with gloriously messy performances on Saturday Night Live. With a rare lyrical gift and propensity for blowing the windows clean out of the garage, Barnett’s an introspective songwriter who listeners can also air guitar to and head bang alongside.

The Good: As expected, Tell Me How You Really Feel still finds Barnett writing “Courtney Barnett” songs, but there’s an unmistakable growth in the Aussie’s compositions. Her strongest melodies yet meet an untrained voice that’s gaining confidence and a band (Bones Sloane, Dave Mudie, and Dan Luscombe) that’s learned to trust itself to breathe and show restraint at times rather than instinctively douse a song in more scuzz. On “Charity”, for example, stutter-steps into the choruses and tapping the brakes for instrumental fills turn a straight-forward rocker we’ve heard before into something more urgent and unpredictable.

Lyrically, Barnett feels more accessible this time around, letting us share her anxiety when it comes to daily threats like toxic masculinity (“Nameless, Faceless”) and even scaling back the syllables (again on “Charity”) to simply reassure us that we’re not alone: “You don’t have to pretend you’re not scared/ Everyone else is just as terrified as you.” Here quirky wordplay and offbeat phrasing give way to simple, bare-bones sincerity, once again proving Barnett’s got multiple gears as a lyricist.

The Bad: It’s clear how much care goes into Barnett’s arrangements and lyrics, which might make a quick bit of grime like “I’m Not Your Mother, I’m Not Your Bitch” dispensable even if the spirit rings true, just as the clunky “Help Your Self” feels slight next to better songs. Nothing here will jump out to listeners like “Pedestrian at Best” or “Depreston” from Sometimes…, but that’s because the songwriting is next-level across the board. Barnett manages to stay true to her singular style while growing enough that she avoids pigeonholing.

The Verdict: It’s reductive to talk about Courtney Barnett in 2018 only as a songwriter coming into her own. Barnett’s current tour will see her splitting bills with no less than Jay Som, Julien Baker, and Waxahatchee, all brilliant songwriters keeping thoughtful guitar music relevant and deserving of far more attention than they get. And her record label, Milk! Records, has given a platform to fellow Aussies and artists from all walks of life. Maybe the next generation of divas will be measured not by how they command the spotlight but by how they share it. In a time of great selfishness and narcissism, it’s refreshing and easy to root for an artist ascending so rapidly while wearing the t-shirt of every band on the planet but her own.