A Dallas couple got married to “Everlong” during Foo Fighters concert: Watch 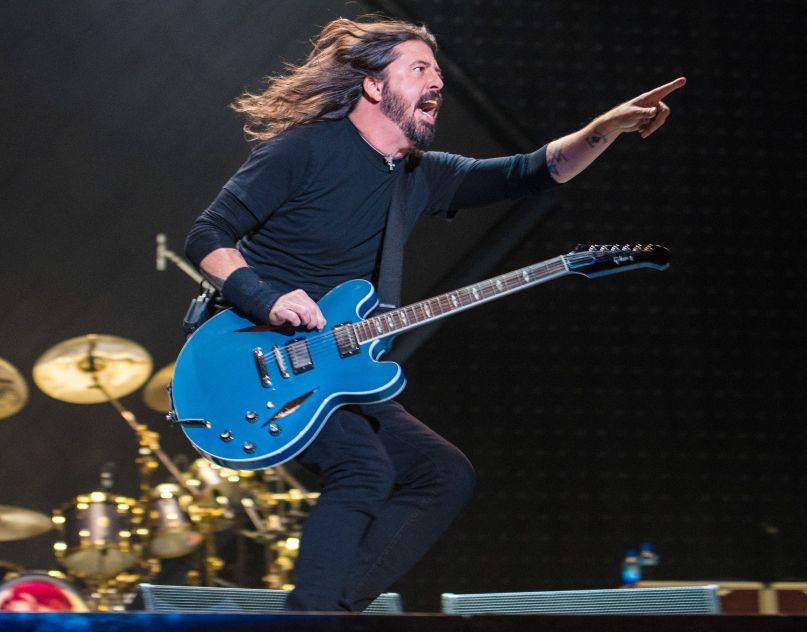 It ain’t a Foo Fighters show if something insane doesn’t happen, whether that be a live Rickroll with Rick Astley, a guest spot from John Travolta, or the appearance of frontman Dave Grohl‘s doppelgänger. The latest oddity to unfold at a Foos set was an actual marriage.

Engagements are fairly common at concerts; actual ceremonies, less so. But that’s exactly what happened at a Dallas gig on April 21st, when Belinda Marie Ramos and Tony Rosales tied the knot during “Everlong”, the best song in the band’s vast catalog.

“Hey @foofighters big shout out for being the band at our wedding,” the bride tweeted. “Thanks a million to the staff at the Starplex Pavilion for helping our dreams come true.” See the footage below.

Hey @foofighters big shout out for being the band at your wedding . Thanks a million to the staff at the starplex pavilion for helping our dreams come true #foofighterswedding #bestfoodayever #davegrohl #foofighters pic.twitter.com/ioq9Sunj4p

And if you’re wondering if it was legal, the bride confirmed that it very much was, citing the gig as “the best day of my life.”