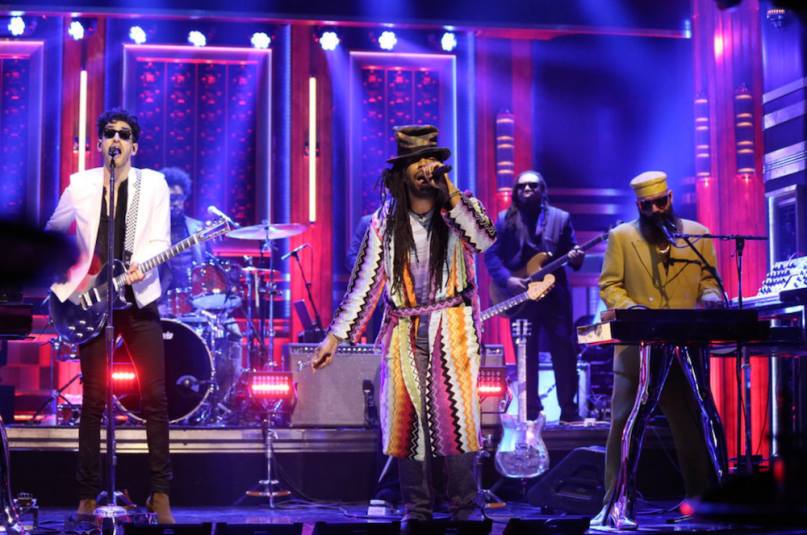 Chromeo, DRAM, Jesse Johnson, The Roots on The Tonight Show

Chromeo will drop their fifth studio effort, Head Over Heels, in just a few weeks. In the lead-up to the big day, the electro-funk duo visited The Tonight Show on Tuesday, where they played one of their recent singles, “Must’ve Been”. For the flashy performance, Chromeo’s Dave 1 and P-Thugg were joined by the track’s collaborators, DRAM and legendary guitarist Jesse Johnson, as well as the show’s house band, The Roots.

“This album is our love letter to all the different kinds of funk music that influenced us,” Dave 1 previously told Zane Lowe. “It’s just like that us trying to like bridge different generations like to have DRAM from now to have like Jesse Johnson who’s done music with Prince to have The Roots. Like we grew up on The Roots to have all that together it’s just like what we want to try to bring together on this record.”

Catch the replay below.