During the French outfit's first concert in 12 months 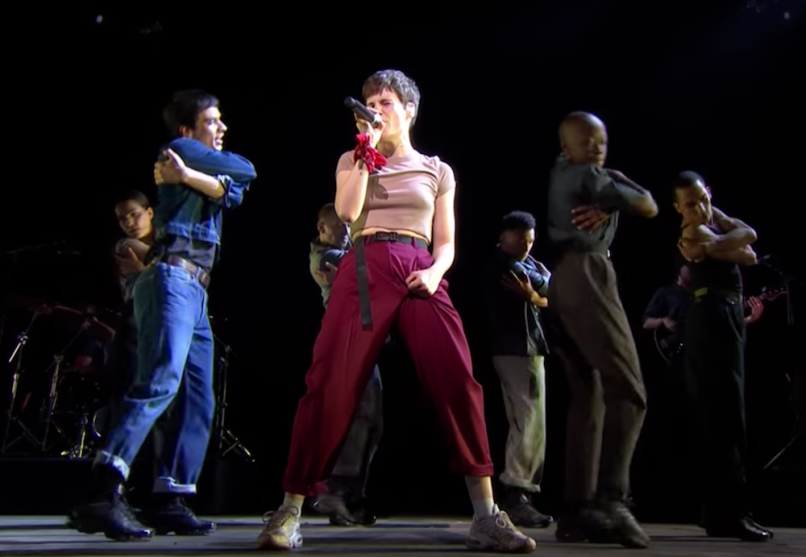 Christine and the Queens at The Biggest Weekend

Earlier this month, Christine and the Queens returned with a new single called “Girlfriend”. The French outfit offered up the track’s live debut over the weekend at BBC Music’s Biggest Weekend festival in Wales.

The performance — which served as Christine and the Queens’ first show in 12 months — boasted a troupe of six dancers and choreography echoing the song’s reflections on sex and “macho swagger.”

(Read: 10 Artists Who Need to Curate a Music Festival)

“I initially set out to smash against macho culture and macho men. I became obsessed with this idea of the macho man, and still being a woman,” band leader Héloïse Letissier previously explained. “What does it mean if I’m this figure, and I’m a woman? Does it make me an aberration? Is it joyful?”

Elsewhere in their 30-minute set, Letissier and company covered Travis Scott’s “Goosebumps”. That and the entire festival performance can be seen via the BBC (currently only available in the UK).

“Girlfriend”, which also features Dâm-Funk, is presumably the first track off Christine and the Queens’ next album; its official music video dropped last week. The group will embark on a tour through North America and Europe beginning in October.