Christine and The Queens dances through a construction site in “Girlfriend” video: Watch 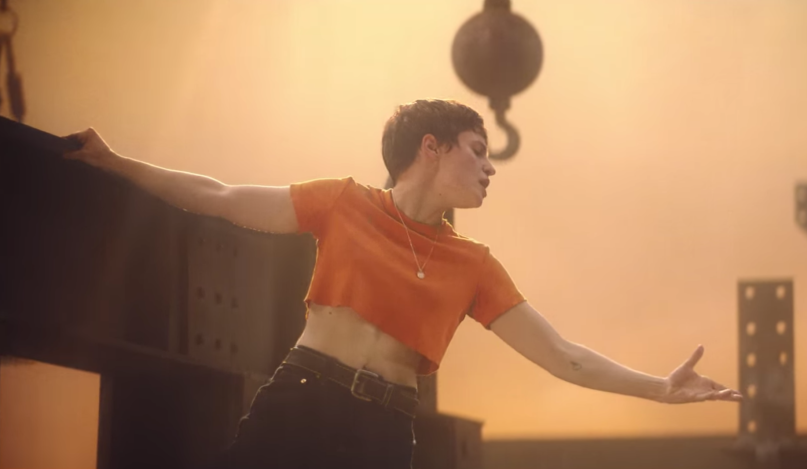 Christine and the Queens in her "Girlfriend" video

Christine and The Queens returned earlier this month with the Dâm-Funk-featuring “Girlfriend”, the electropop project’s first new release since their 2015 self-titled debut album. Today sees the debut of the track’s video, and it’s a nice throwback to the early days of ’80s dance music when the visuals would just be powerful dancers in unique settings.

The clip takes inspiration from West Side Story and Michael Jackson’s “Bad”, with some of the choreography actually referencing those iconic musical landmarks. Director Jordan Bahat also took clear inspiration from Charles Ebbets’ instantly recognizable “Lunch Atop a Skyscrapper” — that photo of 1930s builders taking a break on a girder 60 stories in the air. In the video, Christine herself (aka Héloïse Letissier) dances through a construction site as she vents her romantic frustrations to her crew.

In addition to the English version, Christine and The Queens have released a French take on the song retitled “Damn, dis-moi”. Check that out below.

Hopefully with more new music in tow, Christine and The Queens are heading out on a fall tour through North America and Europe. Check out their complete tour itinerary for dates and locations.