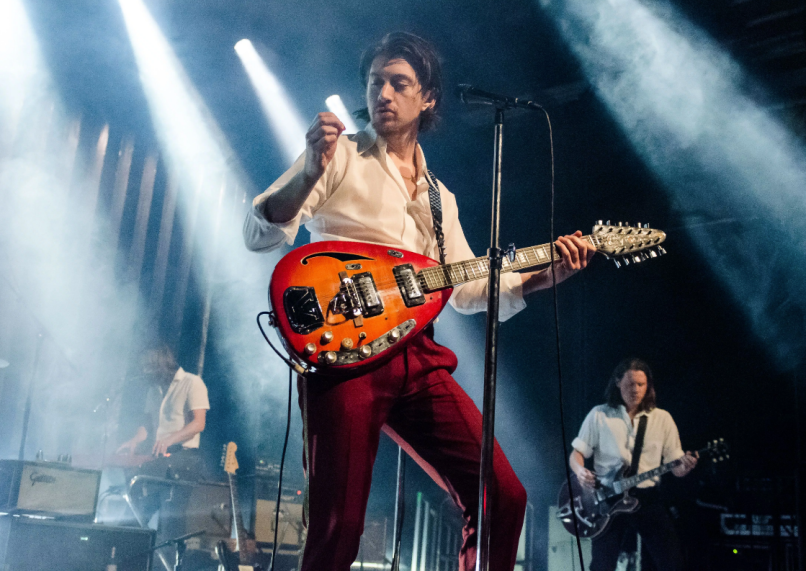 Arctic Monkeys return today with their first album in five years, Tranquility Base Hotel & Casino. Apple Music and Spotify users can stream the effort below.

Tranquility follows 2013’s AM, an album which marked the UK rockers’ biggest North American breakthrough and preceded a four-year hiatus. In the interim, frontman Alex Turner revisited his supergroup side-project The Last Shadow Puppets for the 2016 record Everything You’ve Come to Expect, and drummer Matt Helders worked with Iggy Pop on the same year’s Post Pop Depression.

The Monkeys reconvened in early 2017 to be presented with Turner’s latest demos, which he had largely written on a Steinway Vertegrand piano in his Los Angeles home. The songs were such a drastic shift from AM and the band’s past work that guitarist Jamie Cook suggested they could become a Turner solo record. Instead, the band worked to make Tranquility Base Hotel & Casino, a record that takes a noticeable shift in direction as it explores science fictionalized themes of identity and technology.

Speaking with BBC Radio 1 about how he came upon the sci-fi themes, Turner said,

“I think it started with the idea of science fiction and how the worlds that are often created in it, the idea of space travel or time travel or whatever it might be, is quite often, by my estimations, used to put out there an idea about the world we’re living in. I think firstly I became interested in that idea, and that’s what the song ‘Science Fiction’ explores a little bit. And then I ended up I suppose making a world of my own after that. And once I’d opened up this sort of box of language related to science fiction, I couldn’t help meself. There’s a reference to a rocket or something or other every 20 seconds. But I’m only human.”

No singles were released ahead of the record — probably because there really isn’t an obvious radio hit among the 11 tracks — though the band did debut a handful of the songs at recent concerts. Many more tour dates are scheduled for the months ahead, and you can grab tickets here.