A bubble-filled performance of his latest single 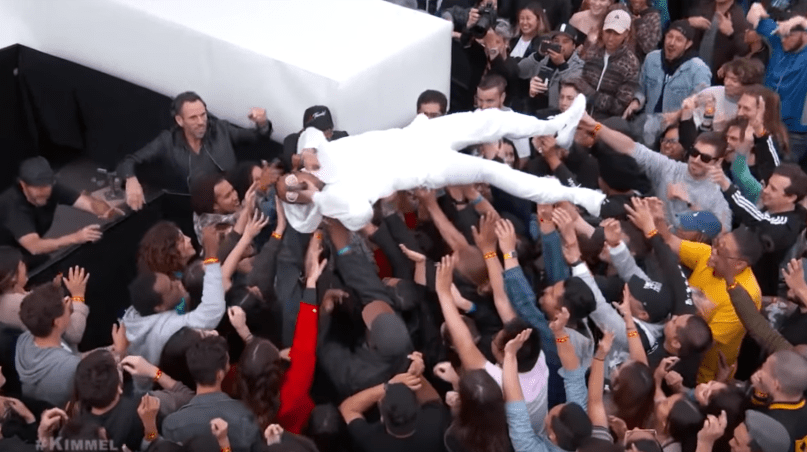 Earlier this month, Anderson .Paak returned with his new single, “Bubblin”. Last night, he appeared on Jimmy Kimmel Live to perform the song live for the first time.

With the backing of his band The Free Nationals, .Paak took to a white stage filled with inflatable “bubbles,” kicking them about giddily as he delivered the high-energy song. In fact, he got so swept up in the excitement that he even dove into the crowd for a bit of crowdsurfing. Check out the replay below.

.Paak previously announced that he has two new albums on the way, including a solo record and a collaborative LP with The Free Nationals. In recent months, he’s also collaborated with Christina Aguilera, appeared in A Tribe Called Quest video, and jammed out on stage with Dr. Dre. He also contributed to the phenomenal Black Panther soundtrack and recently debuted another new song, “Til It’s Over”, in a Spike Jonze-directed, FKA Twigs-featuring Apple ad.