Arctic Monkeys Stumble Through Tranquility Base Hotel and Casino

The band's weirdest album is a fun, flawed aberration (at least for the time being) 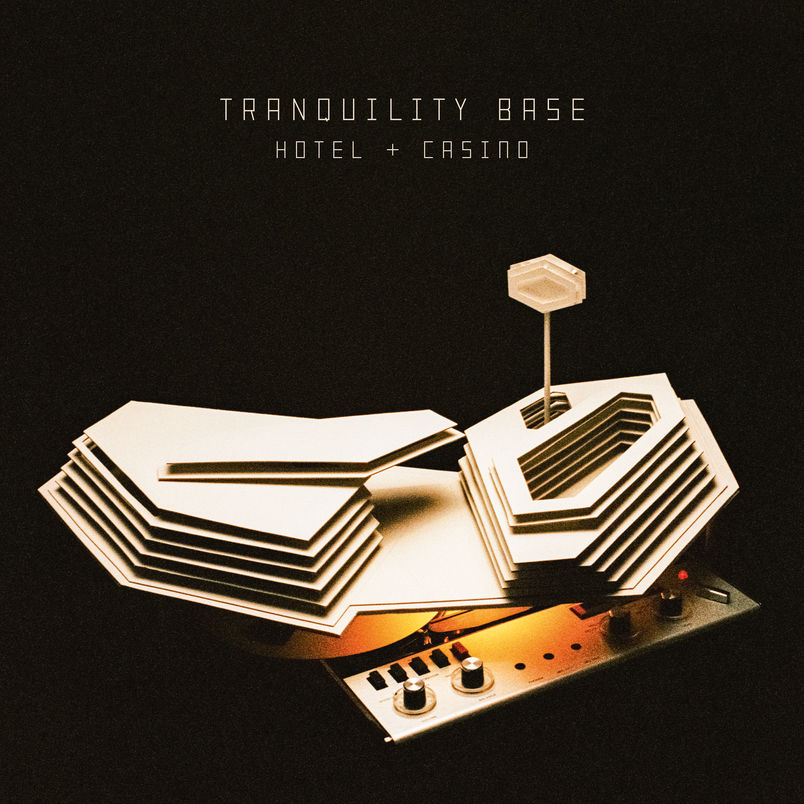 The Lowdown: Five years after the R&B torch songs of AM brought Arctic Monkeys their first American platinum record, Alex Turner and the band return for a record that refuses its predecessors’ easy charms (and obvious hooks) for a meandering collection of weirdo piano ballads set in a hotel on the moon (yes, really).

The Good: Alex Turner’s always been a crack lyricist, and he takes these skills to a new, satire-rich level as the record’s lounge-y, silver-tongued narrator. In addition to giving us the best opening line of the decade (“I just wanted to be one of the Strokes/ Now look at the mess you made me make”), Turner’s unexpected dive into the world of social commentary (highlighted best on tracks like “Four Out of Five” and “American Sports”) also pairs well with the record’s hazy arrangements, which make ample use of the frontman’s 30th birthday gift: an old-fashioned Steinway Vertegrand.

The Bad: After the thrill of its uncharacteristic opening wears off, Tranquility Base Hotel & Casino settles into its own musical miasma, in which Turner tosses off his stream-of-consciousness bon mots amid songs that stumble into one another and never quite coalesce into the sci-fi concept record that the band seems to intend. Also: not every record needs radio-ready hooks, but when you’ve built a career out of being really good at writing them, deciding to forgo their inclusion feels like a unnecessary personal challenge at best and an act of antagonistic withholding at worst.

The Verdict: Easily the weirdest record in the band’s catalog, Tranquility Base Hotel & Casino is a fun, flawed aberration (at least, for now). Even in failure, there’s enough to explore within Turner’s thicket of lyrics and the haze of this inviting, yet not quite fully realized sonic setting to warrant a few active listens. Getting chemically altered and listening to this in some headphone on a very dark night might be a solid way to pass the time. Just don’t expect to be humming anything you heard later on.

(Ranking: Every Arctic Monkeys Album from Worst to Best)

Essential Tracks: “Four Out of Five”, “American Sports”, and “The Ultracheese”