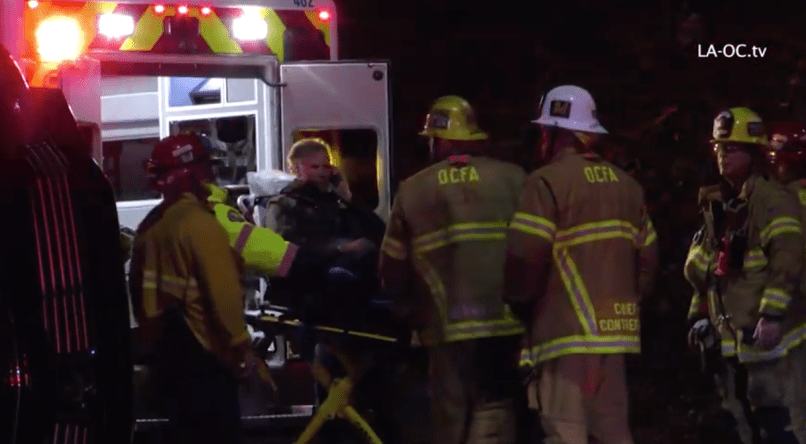 Will Ferrell crash footage via LA-OC.tv

Will Ferrell was involved in a serious car accident in Orange County, California on Thursday night. The actor was transported by ambulance to a local hospital, according to TMZ. He did not suffer significant injury, however, and has since been released from the hospital, TMZ adds.

At the time, Ferrell was traveling home from San Diego after appearing at an event hosted by Funny or Die. Law enforcement sources told TMZ that Ferrell’s SUV was struck from the rear by another vehicle, causing the SUV to spin and flip over.

Along with Ferrell, three other people were in the SUV. They were also taken to the hospital with non-life-threatening injuries.

According to The Hollywood Reporter, police do not believe alcohol or drugs played a factor in the crash, and no citations or arrests have been made as of now.

“While traveling back to Los Angeles after hosting a voter registration event in San Diego, a car carrying Will Ferrell and three of his colleagues was struck on the freeway by another vehicle. Will and his colleague, Andrew Steele, were unhurt and have been released from an Orange County hospital. Will’s longtime driver, Mark Thompson, and his other colleague Carolina Barlow, remain hospitalized in stable condition. Will is staying close by as his friends are being treated, and has expressed his deep gratitude to the first responders who were immediately at the scene and to the hospital team that took such great care of them. He’s also grateful for all the well wishes he and his friends are receiving.”