SZA brings out Kendrick Lamar for “All the Stars”, “Doves in the Wind” at Coachella: Watch

K. Dot follows up his surprise appearance during Vince Staples' performance with another onstage appearance 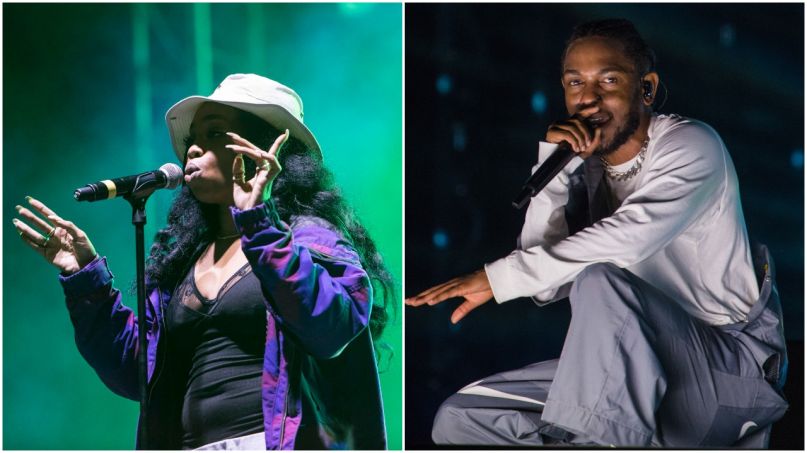 Kendrick Lamar’s name was nowhere to be found on the 2018 Coachella lineup, but that didn’t stop the hip-hop heavyweight from dropping in on the sets of two of his most esteemed collaborators, pop sensation SZA and acclaimed rapper Vince Staples.

The Compton MC first swung by Staples’ set on the Coachella main stage, which, per the Los Angeles Times, Staples dubbed the “white people stage.” He added, “I know y’all don’t know who I am cause none of y’all look like me, but I don’t give a fuck.” Kendrick joined Staples for a performance of Big Fish Theory standout “Yeah Right”. Replay the performance here.

Later, Kendrick joined a number of guests during SZA’s set. In addition to “All the Stars”, the duo’s Black Panther soundtrack collaboration, the pair also performed “Doves In the Wind” from SZA’s CTRL. SZA was also backed by rappers Isaiah Rashad and Trippie Redd for “Pretty Little Birds” and “Dark Knight Dummo”, respectively. Watch fan-shot footage of these performances.